That was the battle cry of Richard Medeiros, who felt right at home on the ground that became his sports domain during the early 1960s. This time, however, it was a … 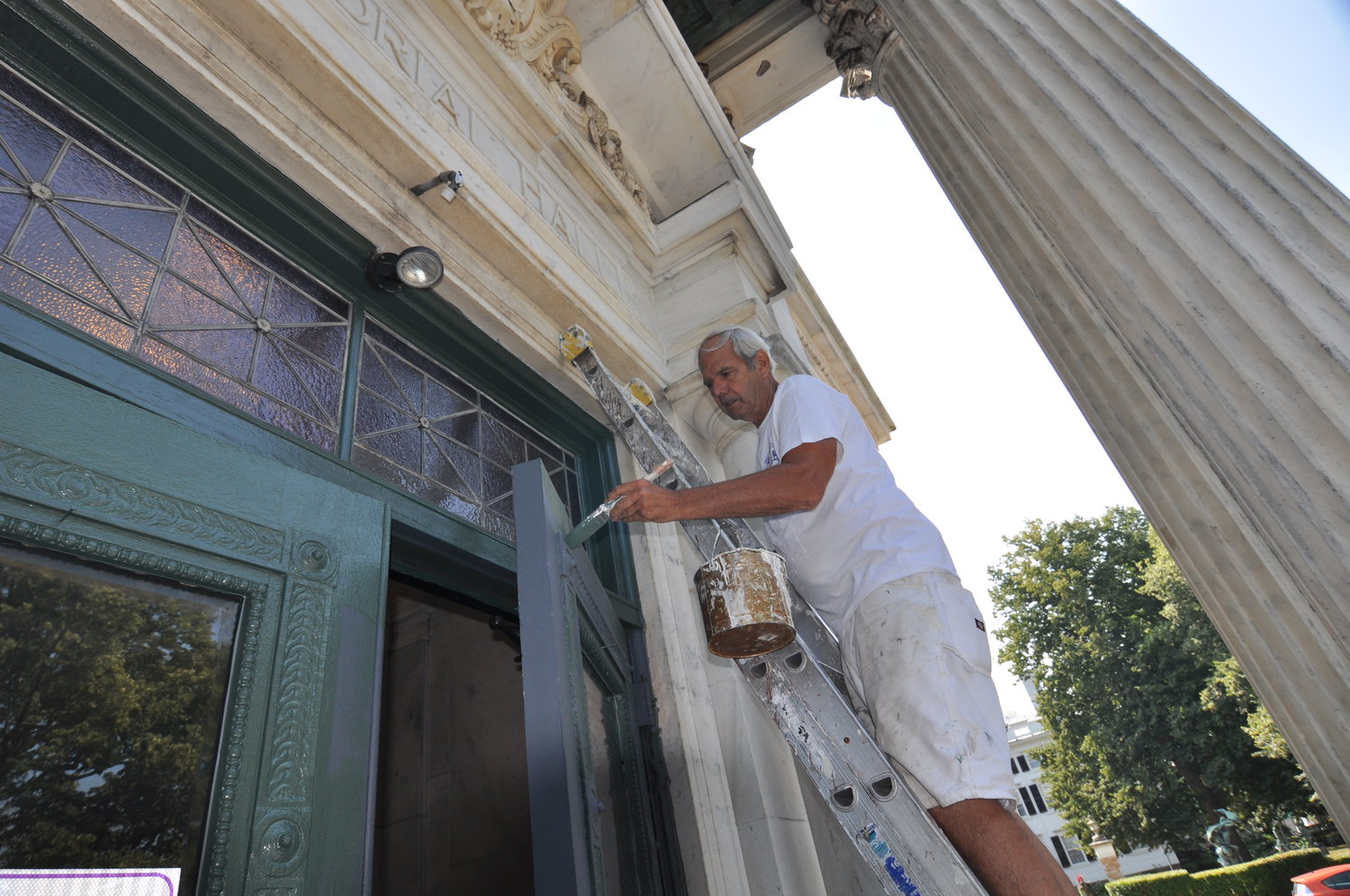 Former Colt Memorial High School basketball star Richard "Stick" Medeiros is always at the top his game, including painting the exterior of the school he once represented.
Posted Thursday, August 11, 2022 12:00 pm
By Manny Correira

That was the battle cry of Richard Medeiros, who felt right at home on the ground that became his sports domain during the early 1960s. This time, however, it was a very different and more profitable reason.

Known as “Dick the Stick” during his basketball playing days at the former Colt Memorial High School, this very happy-go-lucky native Bristolian was recently spotted painting the front doors of the hallowed Colt Memorial School building on Hope Street, as part of a painting project that he will hopefully complete before this next school year begins.

“We’re also touching up the Andrews School across the street, as well as the Colt School Auditorium,” said “The Stick,” a Viet Nam War veteran who’s been a busy painting contractor for many years now. “I’m back in school, and I couldn’t be happier.”

A baseball and basketball letterman at Colt Memorial High, Dick was noted for his two-hand set shot from the corner in the Andrews School Gym, where he played hoops for legendary Bristol High head basketball coach, Domenic N. “Zip” Raiola. He was razor thin, but quick as a cat when it came to getting open and letting his famous set shot sail through the basket.

“Those were great memories,” he echoed. “I wouldn’t have traded them for anything.”

On this particular occasion, Dick and painting partner Jesse Calvino were working feverishly to finish up this particular portion of the Colt School, one of the most hallowed buildings in the downtown Bristol business district.

Originally the manager of Parvo’s Paint Store in Middletown, Medeiros has come a long way in the painting business these past 50 years.

“I never get tired of doing this,” he said. “And, when I was asked to spruce up the Colt and Andrews School, I couldn’t resist the opportunity.  Both schools mean more to me than most people will ever know.”