With his innate sense of style and understanding of how light, form and function intersect, Barrington-based architect David Andreozzi has become a master of his craft. While some of his success … 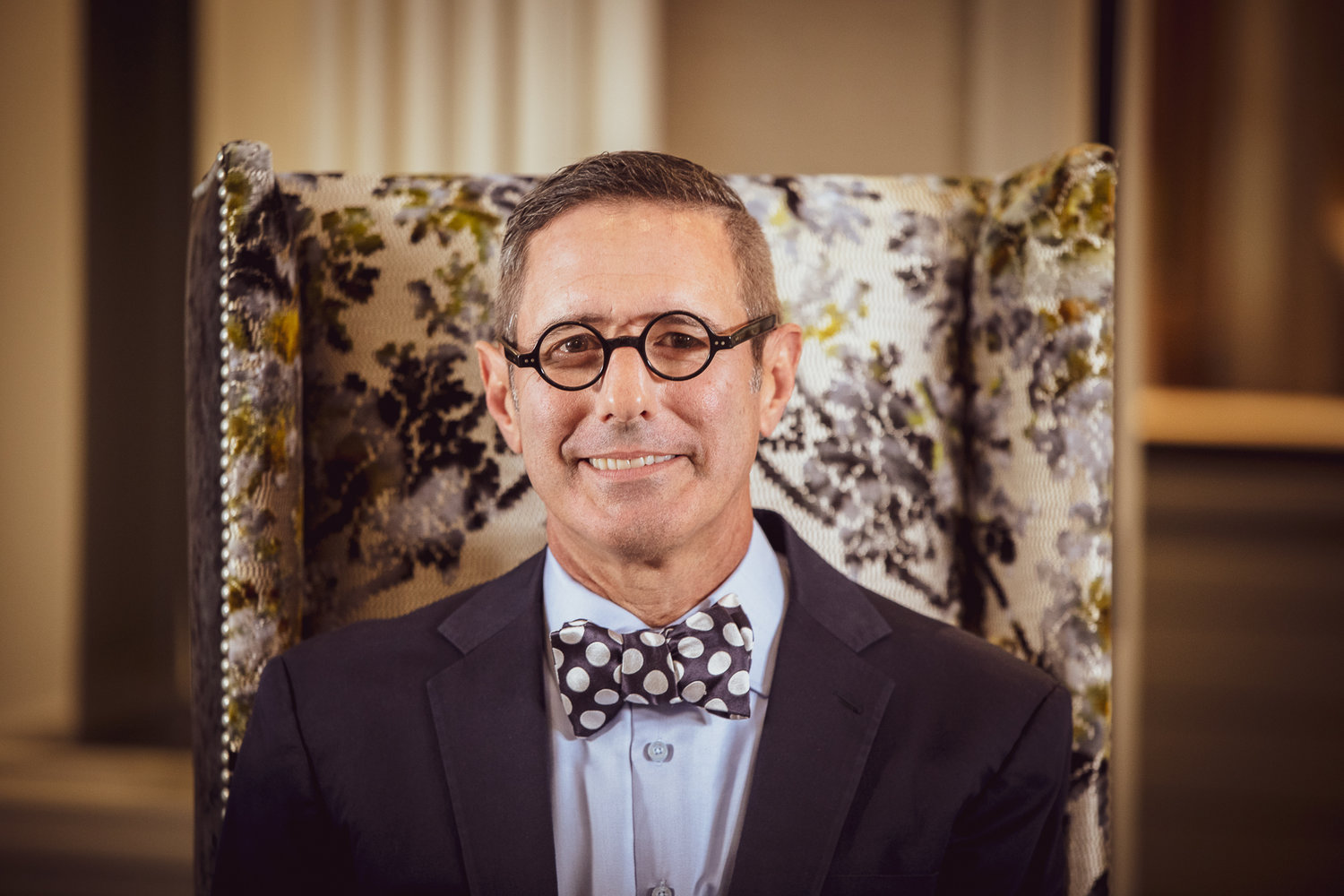 Award-winning architect David Andreozzi on creating art, with a sense of place 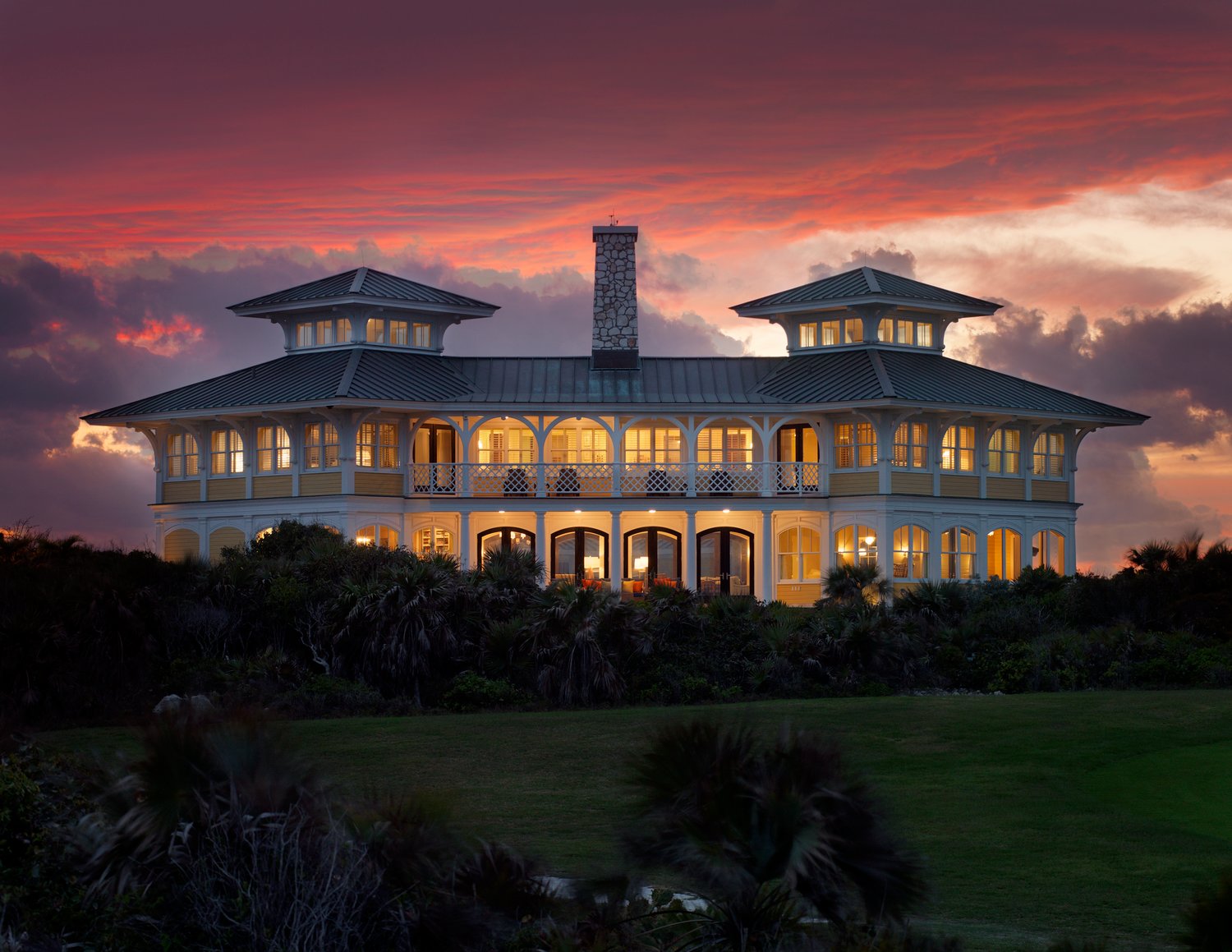 This family compound on the island of Abaco, Bahamas, is made up of three buildings, all named after constellations: Aurora, the larger main home and the two smaller guest cottages, Polaris and Little Dipper. They are classically designed around an oval swimming pool framed by four royal palm trees. The home sits at 60 feet above sea level, the highest point on the island for miles, with endless ocean views in every direction.
Aaron Usher 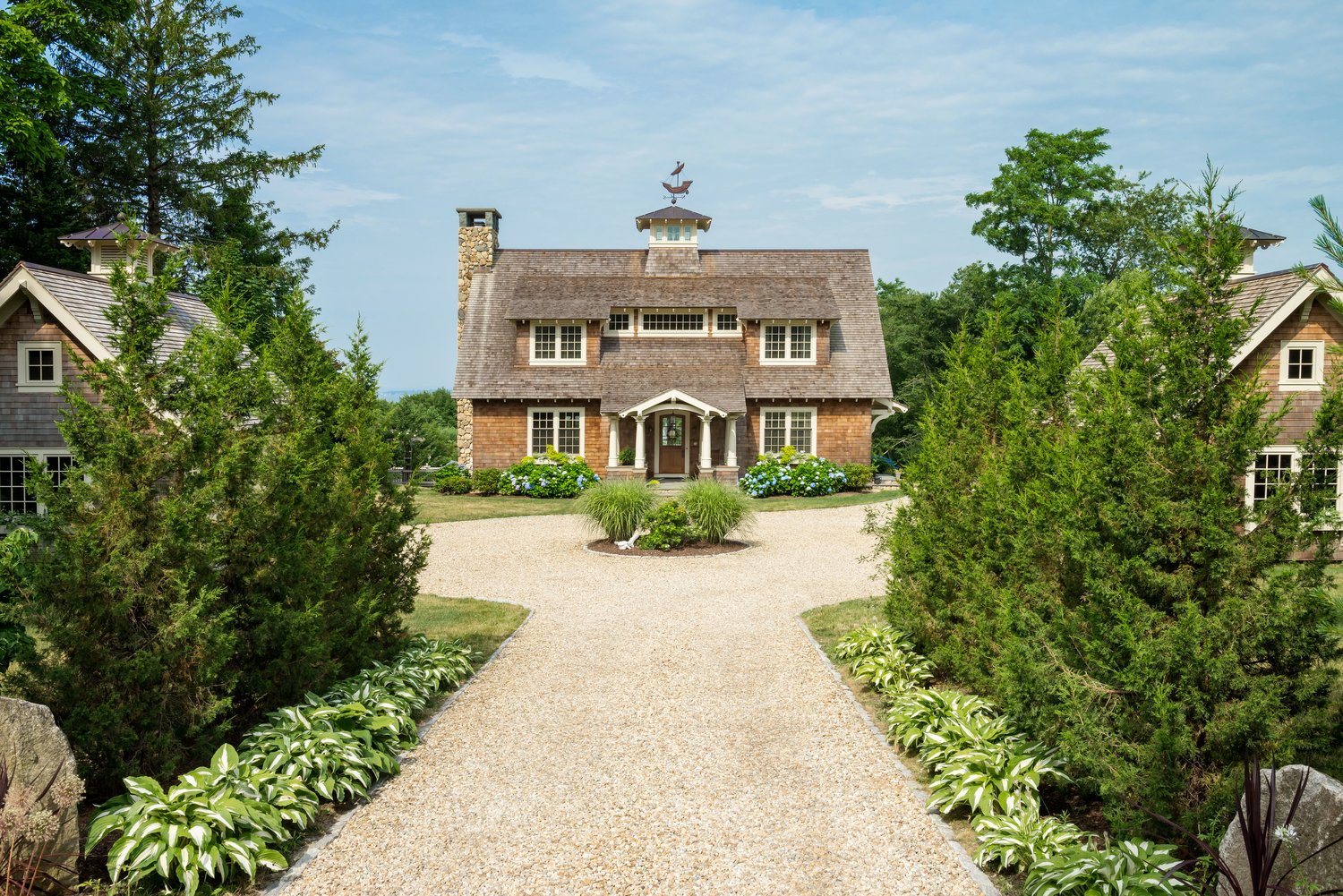 Traditionally respective of its neighbors and refined in its historically-based detailing, this shingle style bungalow in Bristol was reinterpreted with a more modern open floor plan focused towards the water views. 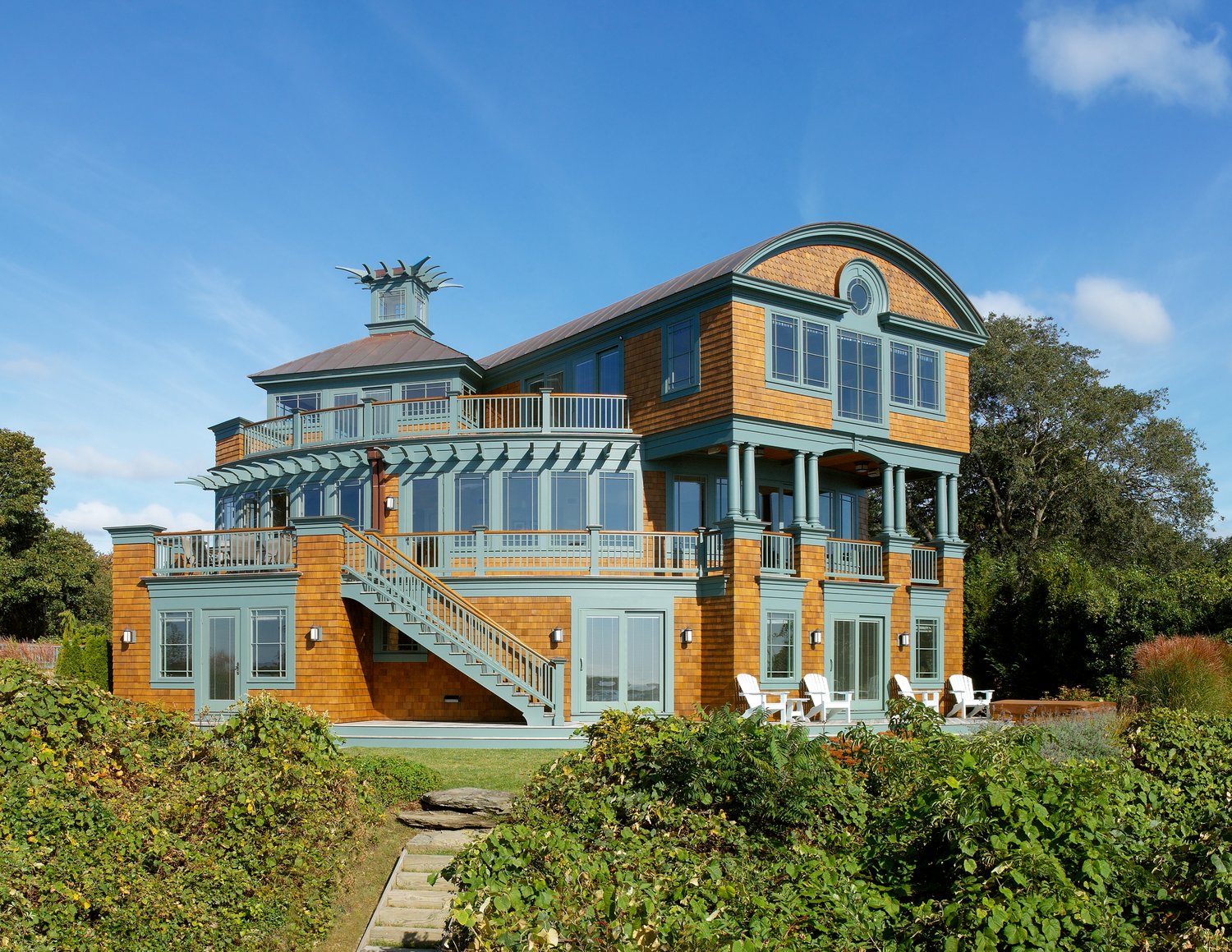 This modern shingle style residence is located in Westerly, overlooking  Quonochontaug Pond, with views of Block Island, Fisher’s Island and the Atlantic Ocean. The exterior draws its influence from historical New England structures, yet the traditional elements are purposely contrasted with a much more contemporary approach to the house’s form.
Aaron Usher 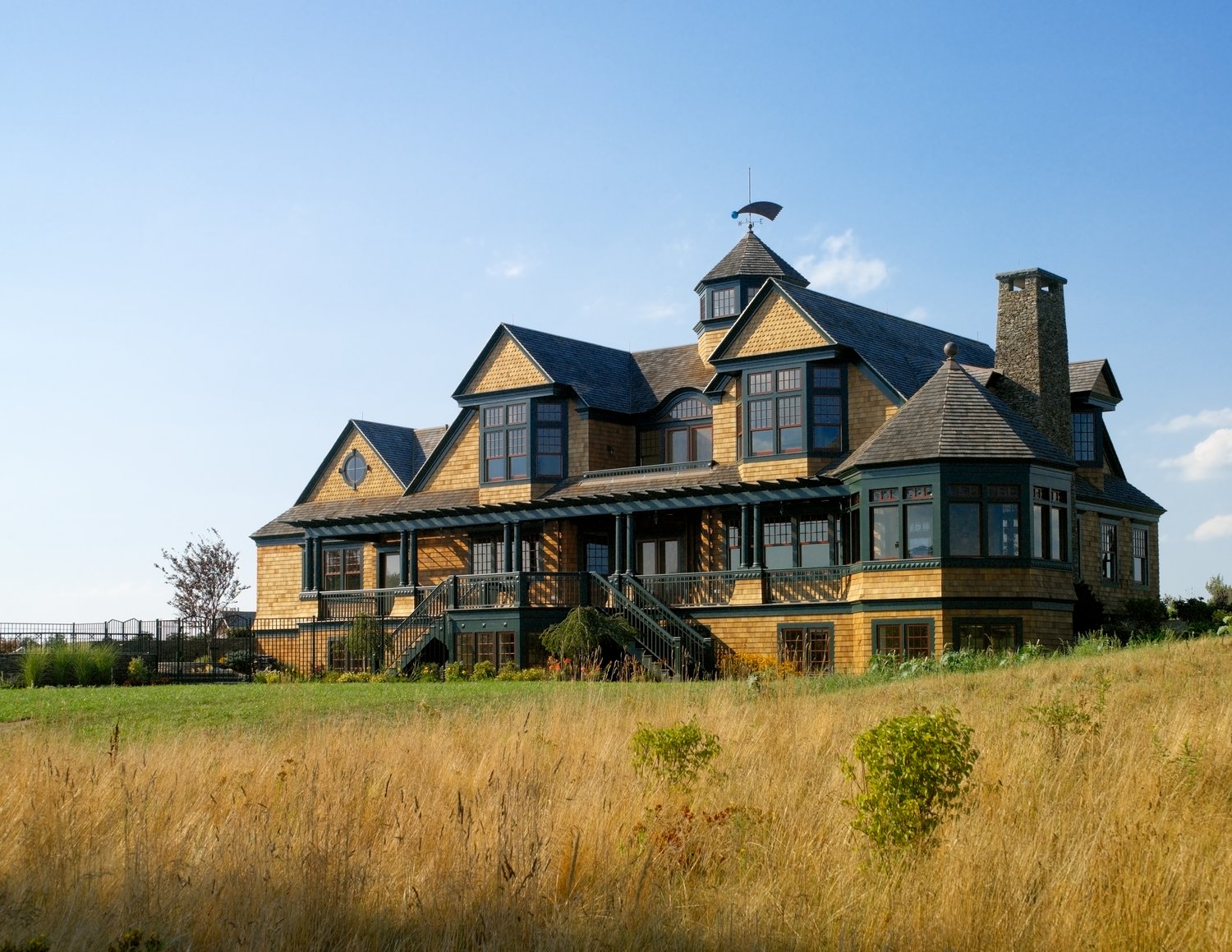 This summer home in Portsmouth was designed in homage to the great shingle style summer cottages that flourished in the late 1800s and early 1900s.
Aaron Usher 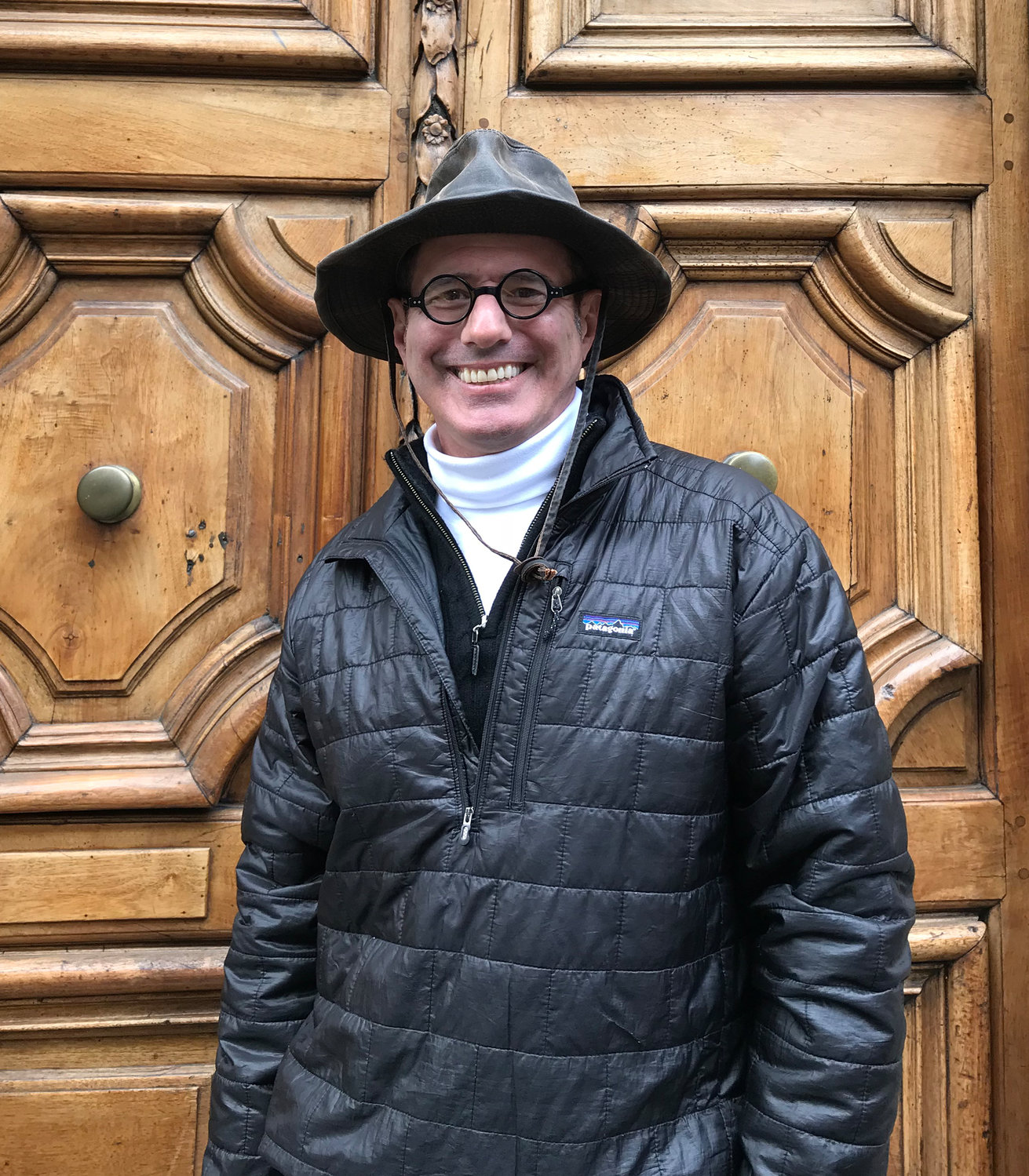 Most of my projects are like children, and with every single one of them I’ve had these moments of wonder when I said, ‘Oh, we did this, look at this’.”
David Andreozzi
By Christy Nadalin

With his innate sense of style and understanding of how light, form and function intersect, Barrington-based architect David Andreozzi has become a master of his craft. While some of his success certainly comes from his top-notch training, first at the Rhode Island School of Design and then his post-graduate work at Shope Reno Wharton, one of the foremost shingle-style architecture firms in the country, his most valuable lessons were learned on local construction sites.

“Growing up as the son of a contractor, I’ve been in this business my whole life,” he said. “When I was 12 and my friends were playing on the bay in Sunfish, I was on a job site dragging things to the dumpster.”

It was that experience that would shape his approach, not only to his craft and his work ethic, but to every job, and every interaction with the people he works with, from clients to subcontractors.

“When someone with no connection to the experience of working on a construction site decides to become an architect, they imagine that role as a leader, or a conductor of the process,” said Mr. Andreozzi. “But you need to understand the dynamics of a house, its layers and materials. You get that by spending years with a hammer; learning from tradespeople and craftspeople with such deep reserves of knowledge.”

“That appreciation of craft was instilled in me by experiences like being taught to frame a door by an experienced craftsman. It’s the foundation of my perspective as an architect.”

Collaboration is also the hallmark of how Mr. Andreozzi interacts with clients. “There are different architects for different clients,” he said. “Some come looking for a brand because they like what they’ve seen in earlier projects, and there are positives and negatives to that. If people buy into that brand, then they know what they’re getting. But I’m the opposite of that — it’s about creating a space for you. I want to know where you like to read a book, and how you celebrate the holidays. I need to know how you will function in that space, because it’s not about me at all, and I think that comes from my start in the service industry.”

From his first commission (on Adams Point Road in Barrington) in 1988 to today, Mr. Andreozzi has amassed an impressive body of work that represents a wide variety in both style and scope. So it’s not surprising that asking him of which project he is most proud leaves him at a loss for words.

“I’ve been very lucky. My clients have come to me and chosen me because they see the level of art in my architecture. I’ve been hired by the most amazing patrons — and I call them that, they are patrons. Most of my projects are like children, and with every single one of them I’ve had these moments of wonder when I said, ‘Oh, we did this, look at this’.”

The art in his architecture is evident — a glance at some recent projects in his portfolio reveal the kind of details that are hard to find in most residential construction these days. Of late, he’s developed a fondness for incorporating stained glass into his designs, and a recent project that will soon be showcased in a national magazine features a stained glass ceiling that lights the space in an altogether unique way.

Reflecting his fondness for collaboration, Mr. Andreozzi talks not of his design, but his team: “One metal artist did the brackets, another created the stained glass panels, and a talented lighting designer created the museum-quality lighting,” he said.

“These little moments in the house, they’re all children to me, I’ve been lucky that way.”

The fact that Mr. Andreozzi’s designs are as livable as they are artistic and timeless is reflected in the national and international attention he has received of late. Not long ago he was named one of the top 50 coastal architects in the country; more recently “a small group in Europe” (his words) named him one of the top 50 traditional architects in the world. He’s proud of the honors accorded “my little 6-person firm in Barrington” but seems more at ease talking about his leadership roles as the current president of the New England Institute of Classical Architecture and Art and the former national chairman of the AIA’s Custom Residential Architects Network — roles which have given him the opportunity to promote his passion of educating people on importance of good design. “I’ve always wanted people to look at architecture and ask if it relates contextually and culturally, whatever the style.”

For David Andreozzi, it comes back to sense of place. “I grew up here, my dad was a carpenter and my mom was a decorator, and they had a successful practice,” he said. “I’m a carpenter’s son, and I’m still here.”