Prior to leaving to be with his family back in Florida for the holidays, Dr. Ed Mara was celebrated by the Bristol Warren Education Foundation. 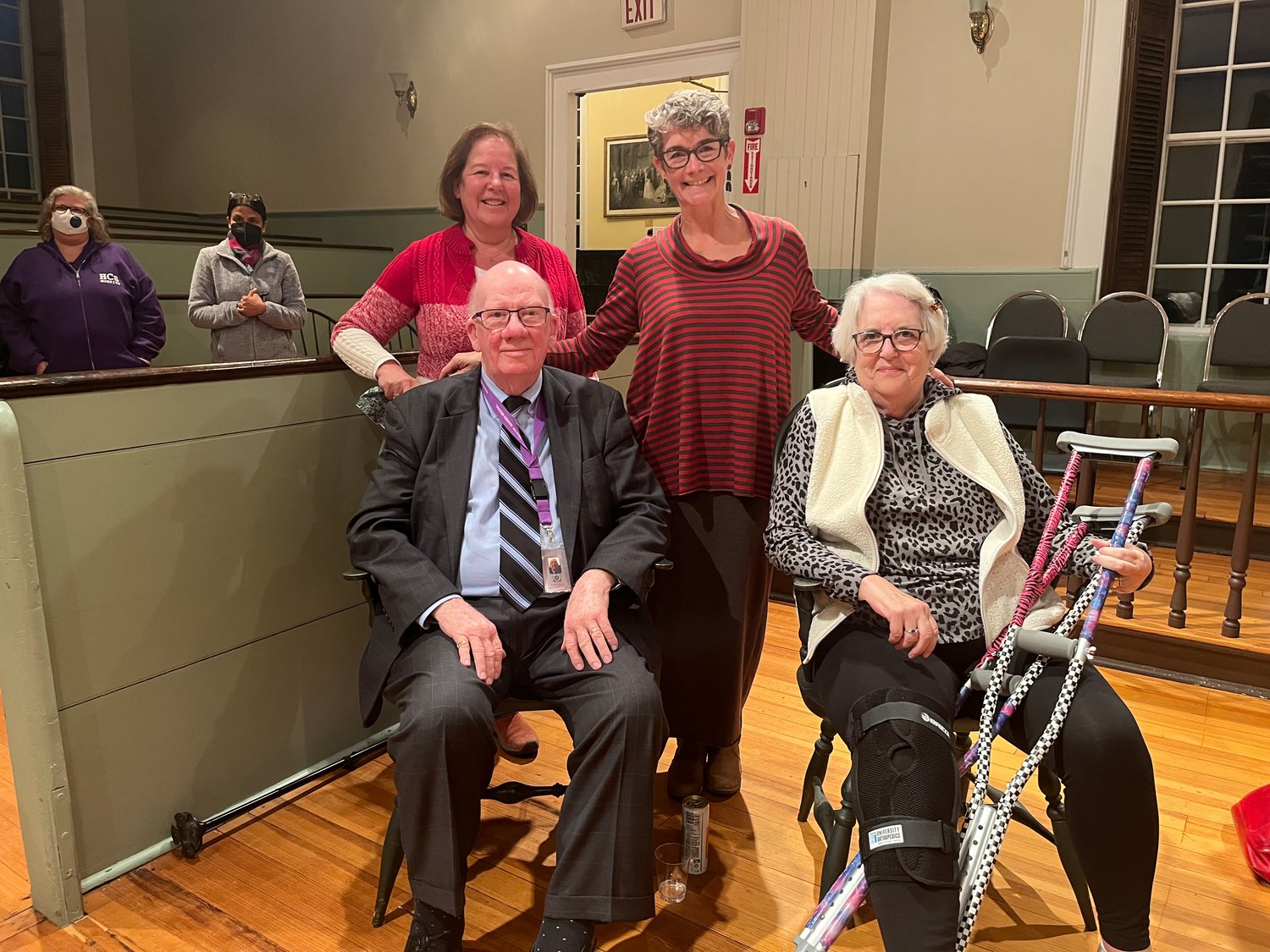 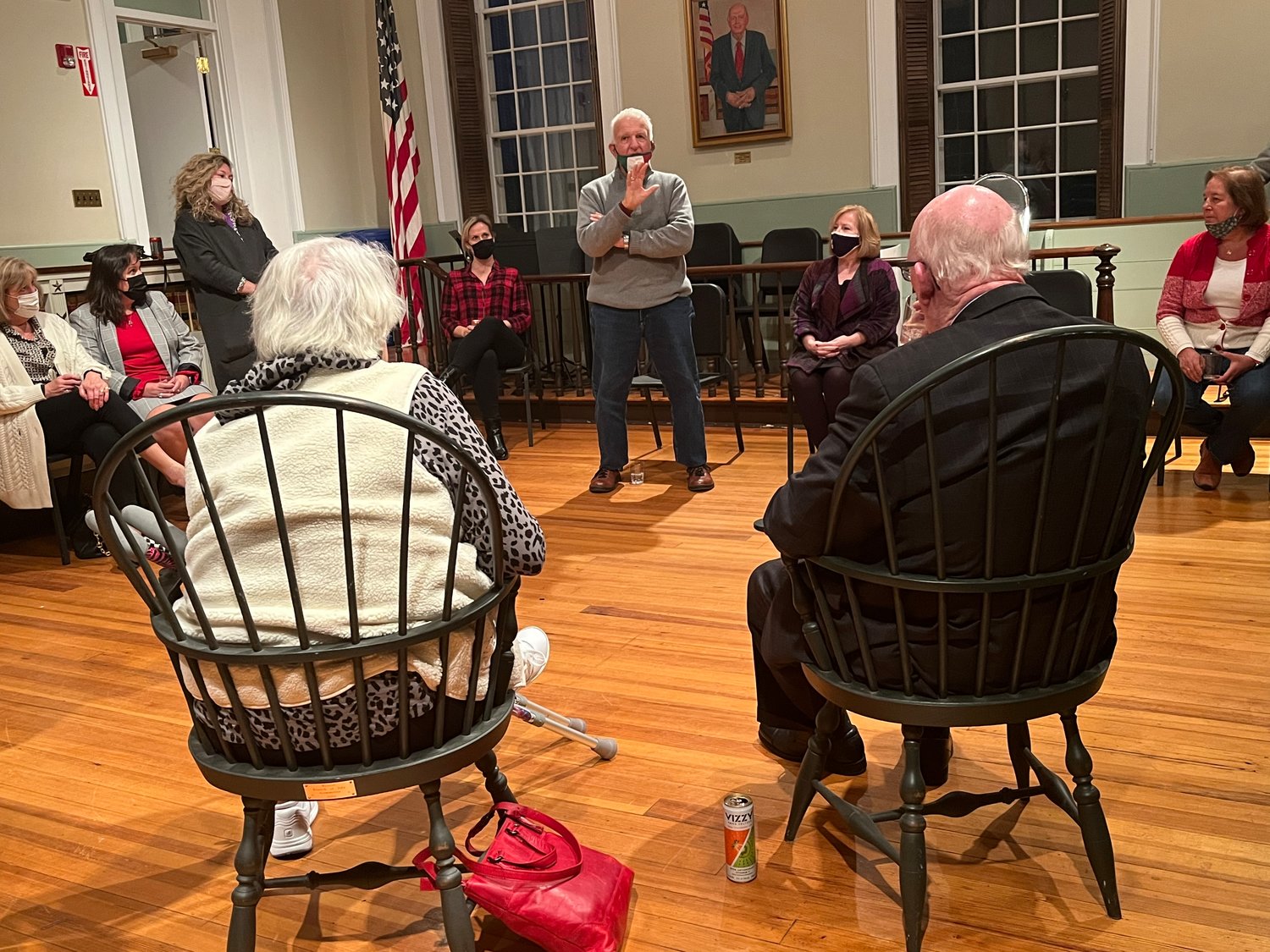 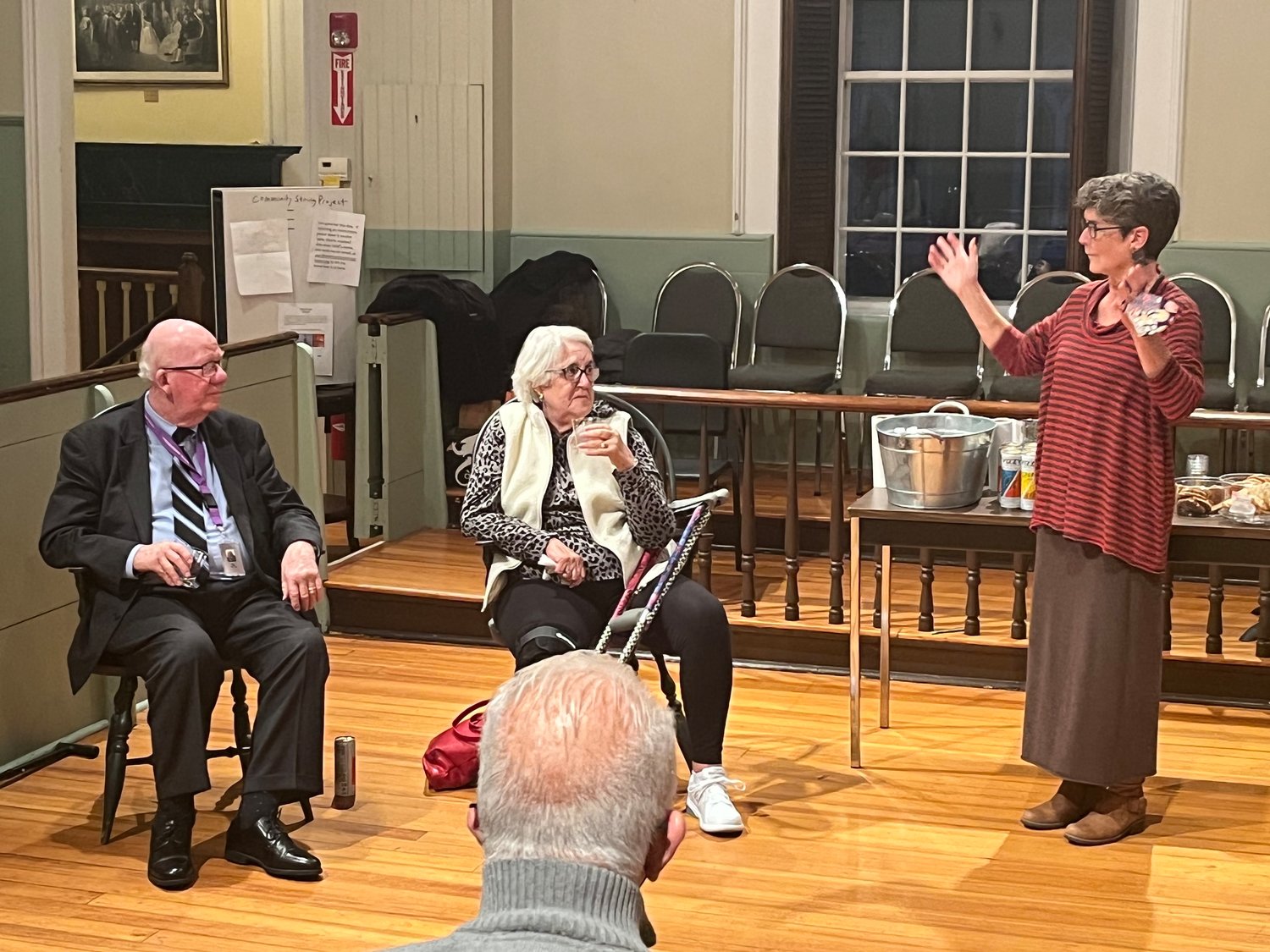 Founding BWEF board chair Kara Milner (right) shares her thoughts and memories in on the founding of BWEF in honoring Dr Ed Mara with the BWEF Founders Award. 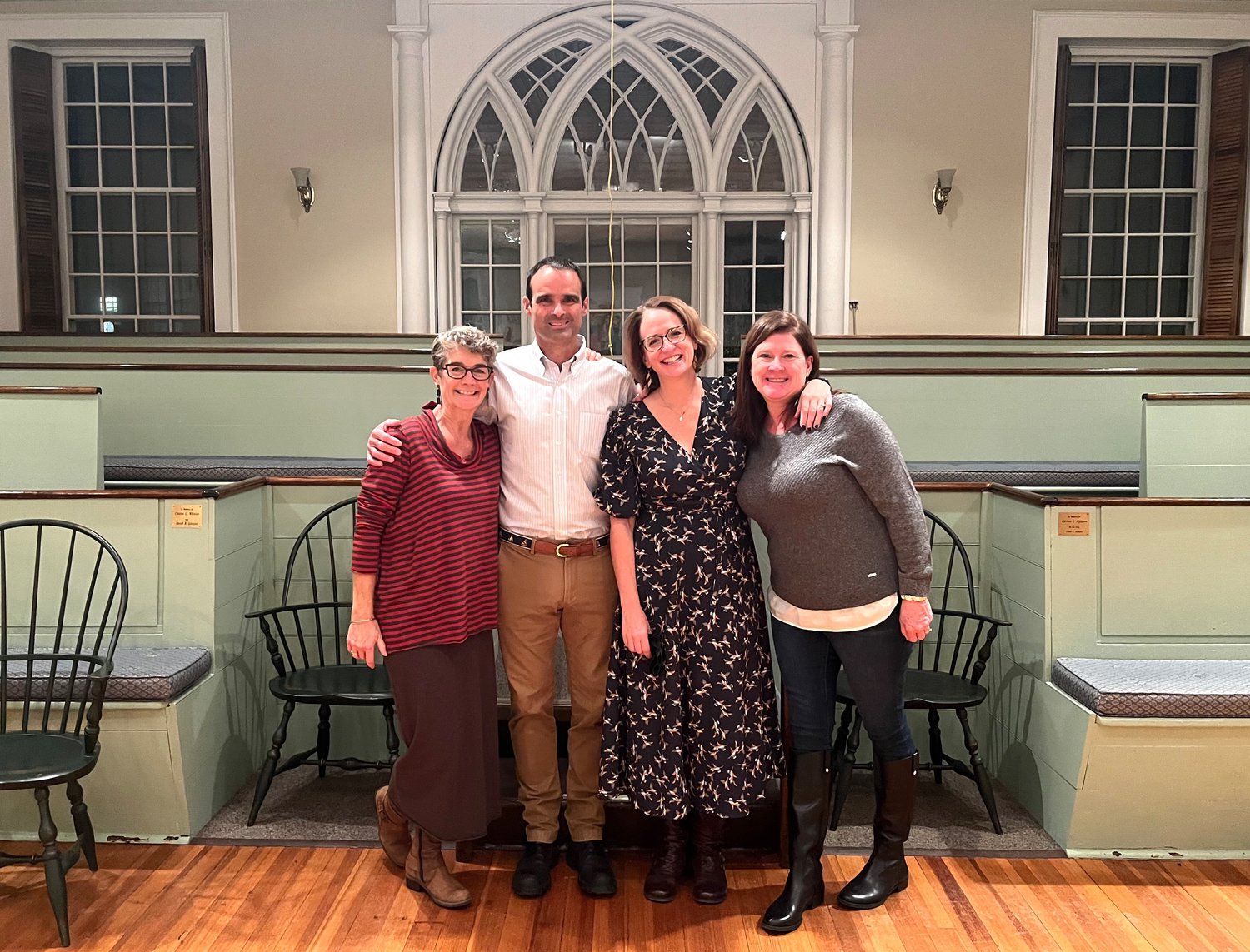 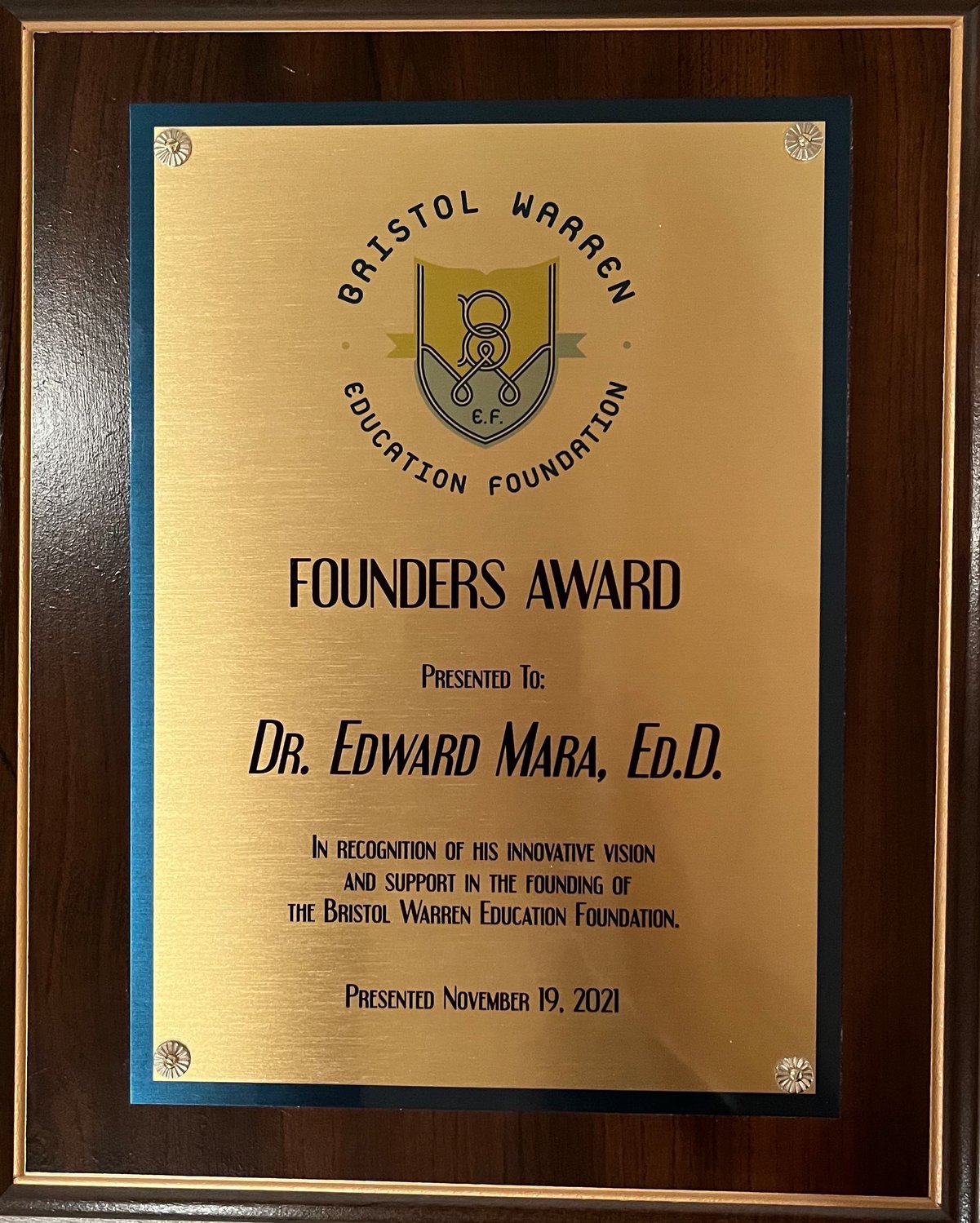 Tears, hugs, warm memories and even an old-fashioned school bell set the tone for a fond farewell to a beloved leader.

Dr. Ed Mara completed his second stint as superintendent with the Bristol Warren Regional School District (BWRSD) on Friday, Nov. 19, the current tour markedly shorter than his first. Before leaving town for Florida and the holidays there would be one final act, a small gathering at the historic Bristol Sate House to recognize Mara’s role in the founding of the Bristol Warren Education Foundation (BWEF).

Just over a decade ago, Mara was nearing the end of a seven-year term with the BWRSD, six as superintendent. It was his vision at the time to create a catalyst that would allow this community to come together in support of public education. He, along with a small team that included current BWRS Committee chair Marjorie McBride, set out to define and design just such an organization, one that could help to realize his vision. In short order a concept was formed, volunteers were recruited and the BWEF (then named the Kickemuit Education Foundation) was formed.

Founding board chair Kara Milner was on hand for the event and in leading the formal presentation remarked that her first impression of Mara’s idea at the time was a positive one if limited to what seemed like a fundraising idea. As the work developed it became clear to Milner that this was much more.

“I realized that Ed’s motivation and vision was to bring the community together in support of our schools, which BWEF has done and continues to do today,” Milner said. “It is a great legacy that he leaves for all of us.”

In presenting Mara with BWEF’s initial ‘Founders Award’, current board chair Darcy Dacosta thanked him for his vision and leadership that led to the formation of the community organization.

Dr. Mara was understated and humble in response to the honor.

“It really did take a village,” he remarked. “I am happy to see how far the foundation has come and that it continues to support our schools and unite the community in such meaningful ways.”

As the event began winding down the BWEF hosts had one last surprise for Mara, as he took his place below the steeple and gave the State House’s bell cord a series of solid tugs. Outside, on the town common, the sound from the bell announced his departure and recognized a legacy well earned.