With successful food business incubator Hope & Main right up the road, it’s only natural that some of its “graduates” are finding their way to Unity Park, the revitalized former … 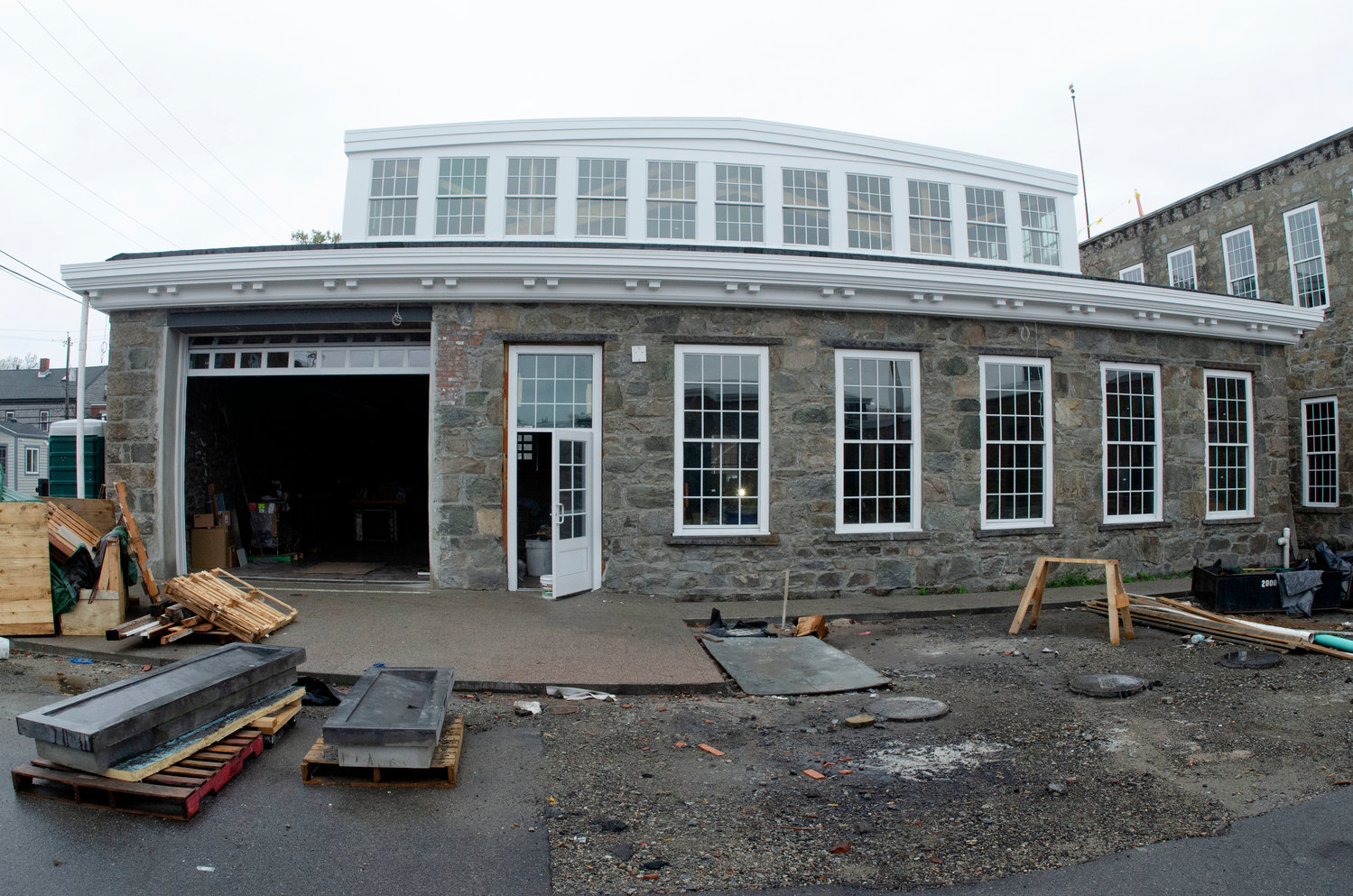 The future site of Brick Pizza Co., one of numerous new eateries or food businesses coming to downtown Bristol.
Posted Thursday, October 28, 2021 7:00 am
By Christy Nadalin

With successful food business incubator Hope & Main right up the road, it’s only natural that some of its “graduates” are finding their way to Unity Park, the revitalized former Bristol Industrial Park.

“As their young entrepreneurs reach a certain level, they need to move on, and some have been coming to us,” said Unity Park developer Joe Brito, Jr. at the Oct. 20 Bristol Town Council meeting. “These young incubator businesses are striving to get ahead, they’re cutting edge … I’m a huge supporter of Hope & Main, and I’m really excited.”

Just two years ago, it would have been hard to imagine that things would be looking this up for the once-blighted park. Not up to fire code, placed in receivership, the town was desperate for a buyer.

Enter Brito, who acquired the property after months of deliberation and collaboration with the Town and various boards and consultants. Mr. Brito and his team put plans in motion, branded the new development “Unity Park” and hired local architect John Lusk, whose portfolio of local projects includes Seven Oaks, the Bristol Art Museum and plans for the rehabilitation of Longfield.

“The spirit of Unity Park is to breathe new life into a place that was once a pillar of Bristol’s economy and pride by adapting it to the current times,” said Brito at the time.

It’s also an important site in the history of local commerce. Once the location of the largest rubber conglomerate in the country, during World War II the factory hosted about 6,000 employees in the manufacture of rubber-insulated cable and wiring. Bristol had a population of about 12,000 people at the time.

In 2010, Mosaico purchased the Bristol Industrial Park and tried for years to raise the funds to complete its revitalization, but substantial code and brownfield (a term for former manufacturing property that may be blighted with contaminants) concerns stymied their efforts until 2019, when insurmountable fire code issues caused the closure of the park — and Mosiaco.

Brito is reluctant to take all the credit for the revitalization of the property, which he says is now 90 percent full with tenants — though most have not yet begun operations because of materials shortages and construction delays.

“Ed Cox has been my sidekick on all this, and he’s put in a lot of hours,” said Brito. “You know he’s a CFO, but now he’s a CFO with a degree in construction management. I just want to say that he’s done a hell of a job, working with me and making this all come together. It doesn’t happen by one person, it happens by the team.”

Brito also thanked the town leadership for their role in seeing the project through.

“I want to thank this council, as well as the Zoning Board, the Planning Board, the Historic District Commission … everyone working together to make that blight into what it’s going to be. I thank you very much.”