The Polar Plunge at Easton’s Beach is A Wish Come True’s biggest fundraiser. This year, Bryan and others are specifically focusing their efforts on wishes for Benjamin, age 9, and Elijah, age 5. 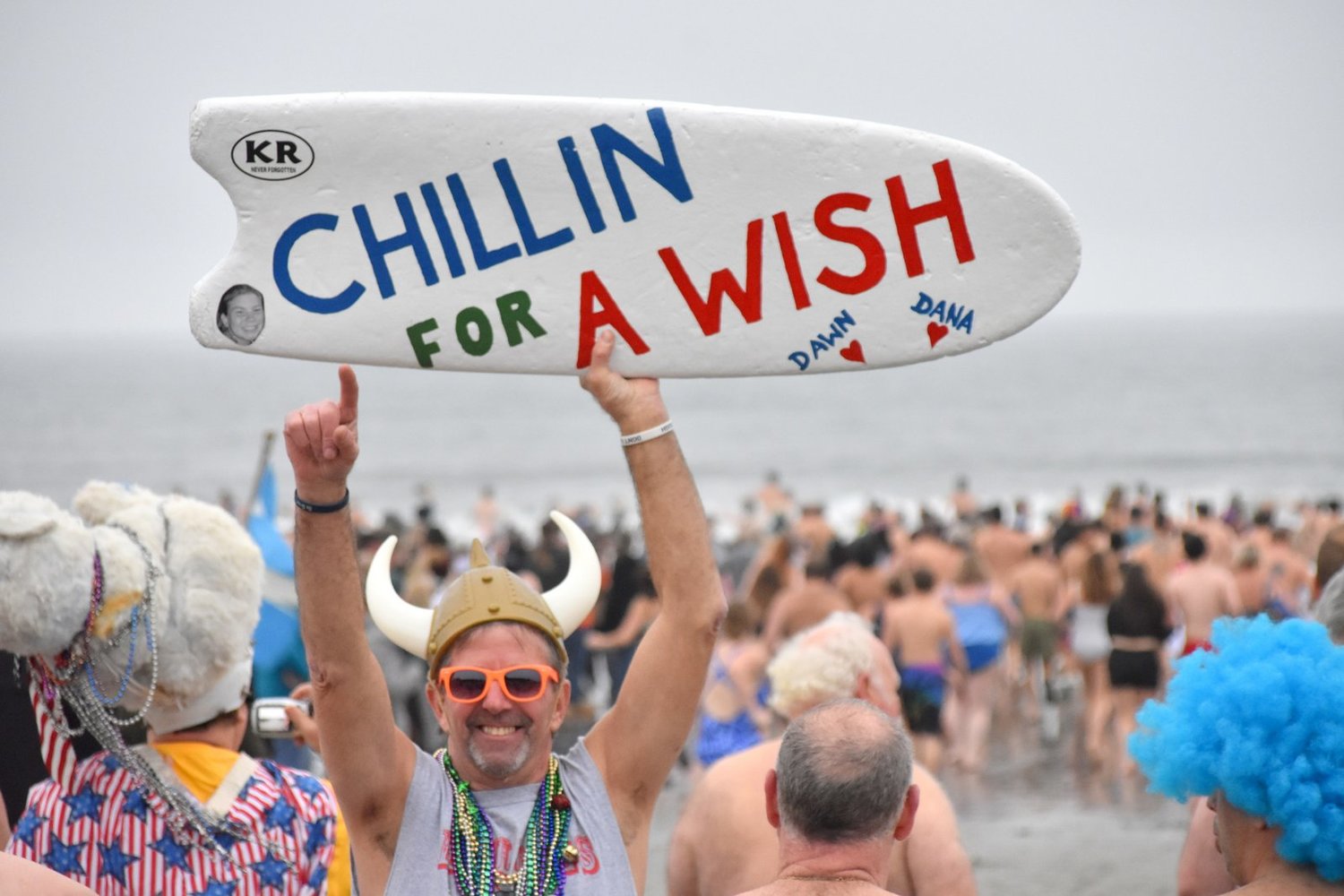 Bristol’s Bryan Ganley, a 41-year veteran of the Polar Plunge at Easton’s Beach, with the surfboard he always carries at the annual event.
Manuel C. Correira 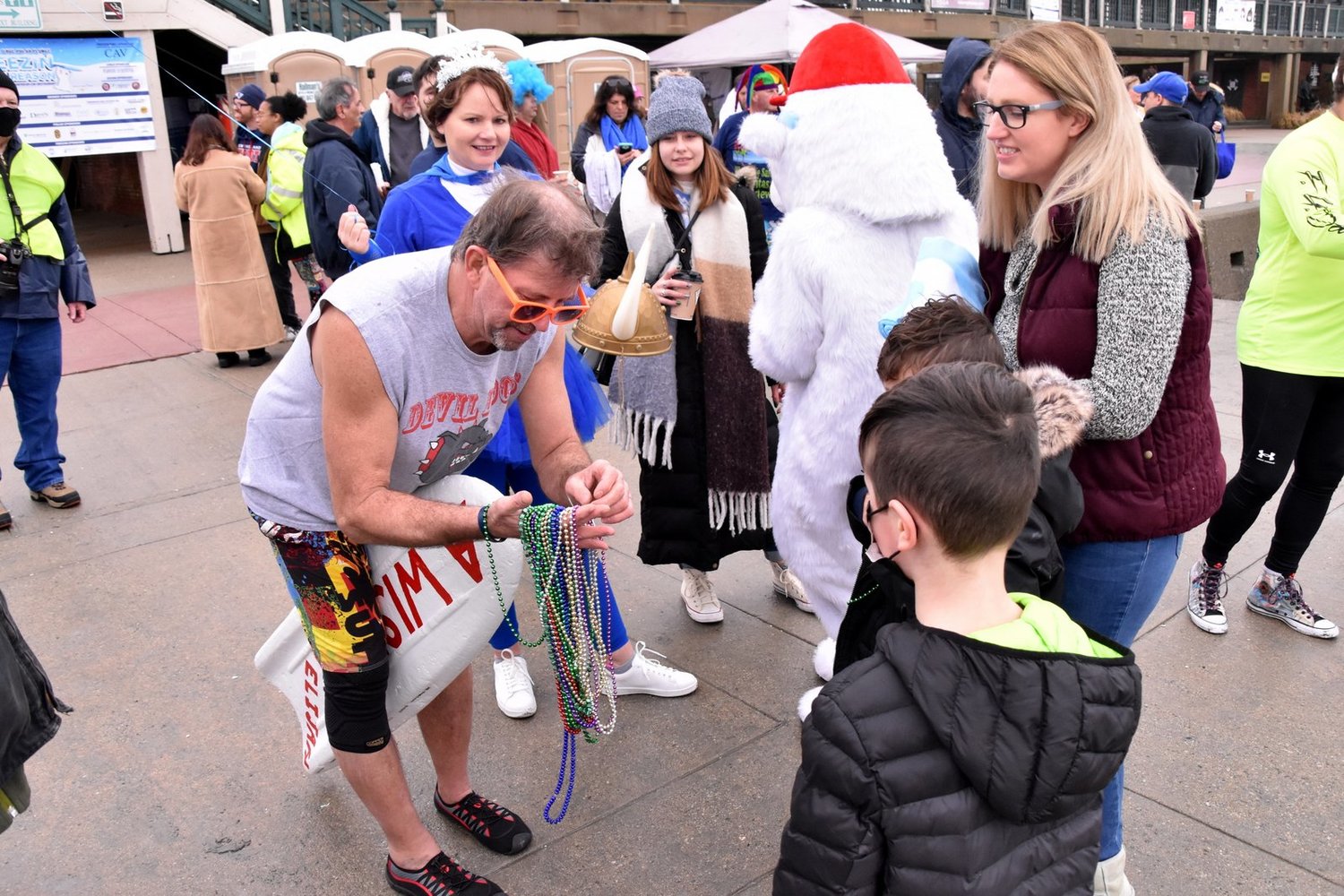 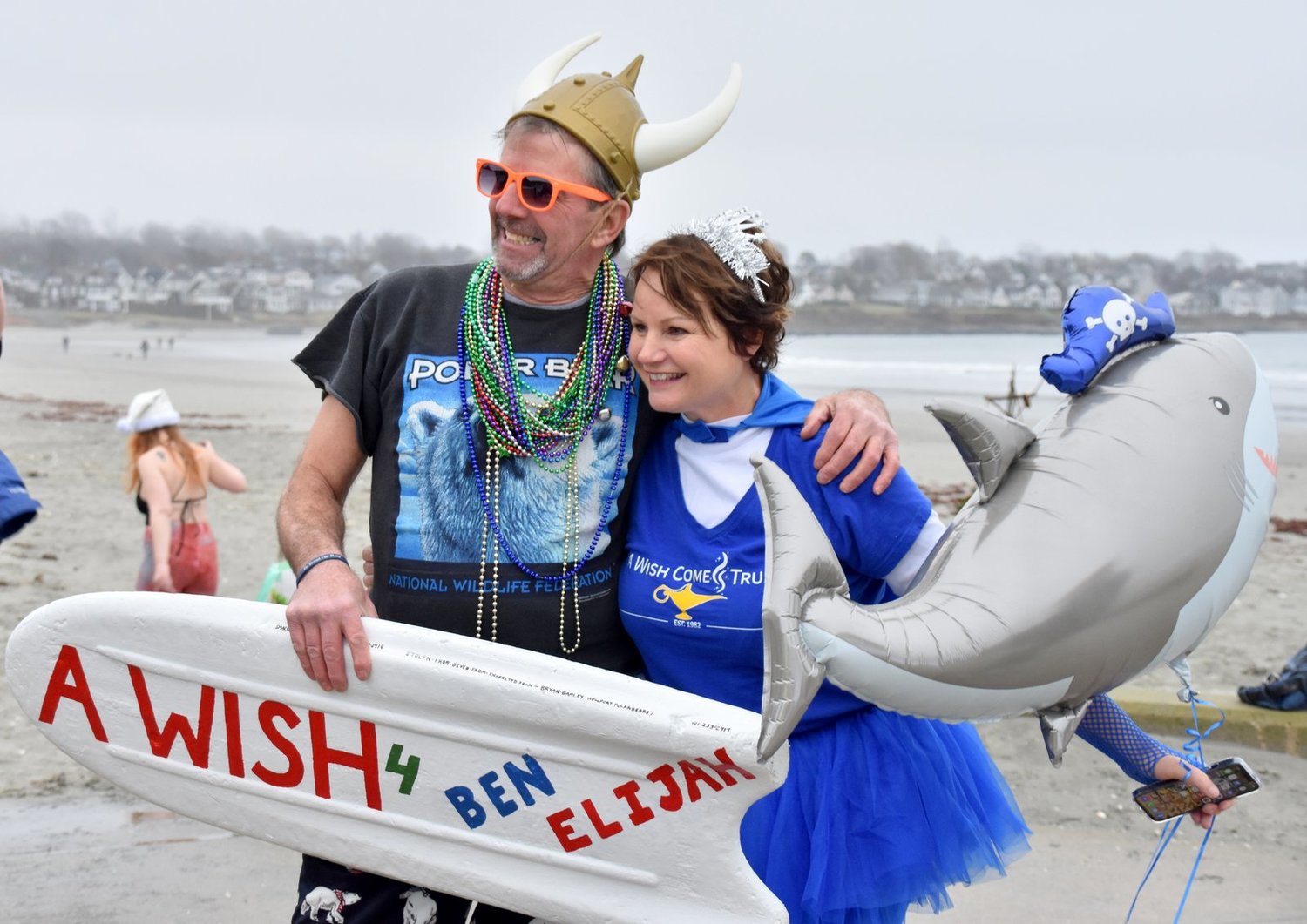 Bryan Ganley doesn’t need to look at a calendar to tell you where he’s been at noon on New Year’s Day for most of his life. For 41 years, the answer has been Easton’s Beach in Newport, getting wet with the rest of the Polar Bears in weather fair and foul.

This year, thankfully, it was pretty fair.

The better the weather the better for everyone, and not just because it means that bragging rights are cheaper to come by — though it certainly helps in that regard.

“When the weather is decent it brings the crowds, so more money for the kids,” said Ganley. “You pray for days like that. That’s what this is all about.”

The Polar Bears have always engaged in their New Year’s Day antics for a cause, but for the past several years that cause has been A Wish Come True, a Warwick-based non-profit that grants wishes and provides resources to families with a child, 3-18 years of age, suffering from a life-threatening illness and living in RI or Southeastern MA.

“I love the organization, and what they do,” said Ganley. “They don’t just get a trip to Disney; the kids and their families get treated like royalty before, during and after their wish. It’s like a family.”

The Polar Bears are like a family, too — albeit one that only gets together for an hour or two once a year. Bryan admits there are members of the group that he doesn’t really know by name, but they always recognize each other.

“For 40 years I have been seeing the same guys, year in and year out,” he said.

Some Polar Bears take a swim routinely throughout the winter.

“There’s always someone going in on the weekend,” said Ganley. “Those everyday guys call me a one-year wonder,” he laughed.

For the most part, people that come to Easton’s on January 1 run in and out of the water at the appointed hour, and as quickly as possible. The Polar Bears try to make more of a ceremony of it, walking in together.

“You wait until you’re about waist deep and then you pick a wave and go under,” Ganley said. “By that time, you are so cold you don’t need to rush out.”

He claims that the first 10 minutes of the event, when you are standing around in your swim clothes, are the coldest — then you don’t really feel it.

“We’re uncomfortable for 5 to 10 minutes,” he said. “It’s nothing compared to what those kids go through.”

The Polar Plunge at Easton’s Beach is A Wish Come True’s biggest fundraiser. This year, Bryan and others are specifically focusing their efforts on wishes for Benjamin, age 9, and Elijah, age 5.

“Both are done with their cancer treatments, they are feeling good and ready to have their wishes,” he said.
Fittingly, for Bryan’s 41st plunge, the foundation has, to date, raised about $41,000. But he’d be quite happy to watch that number climb.

“Each wish costs about $5,000 to $7,000. Think of how many they can make happen for over $40,000,” he said.
The Polar Plunge fundraising page is up on the organization’s website through January, at www.awish.org.

“I’m just there for one day,” said Ganley, who plans to continue this tradition as long as he is able. “I hate the cold water. But with a camera there, it’s easy.”