Americans really, really love their four-legged friends. It’s a fact that Sherri DeChaine, owner of Woof Woof Pet Boutique and Biscuit Bar (located at 31 Bradford St. in Bristol), has based the … 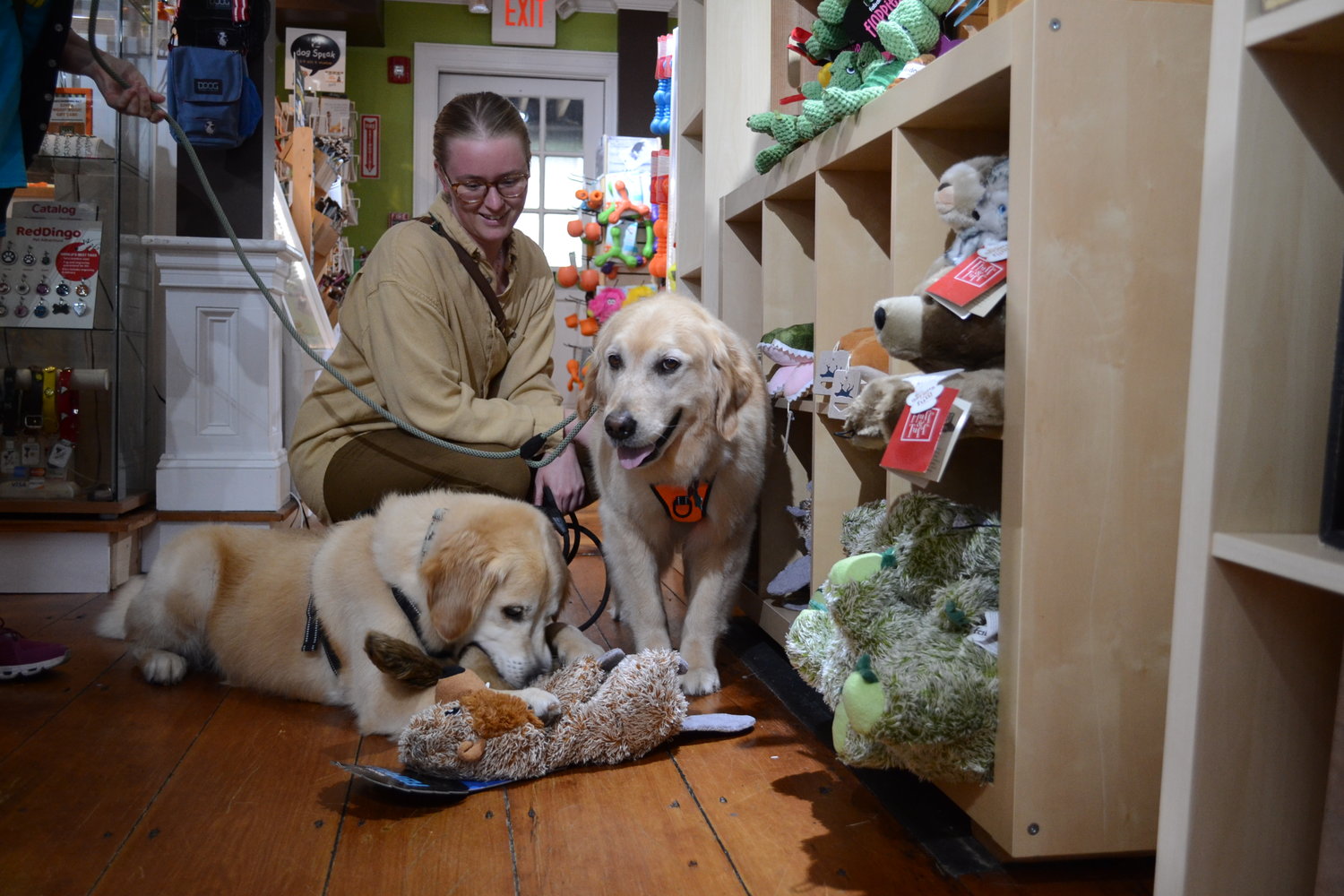 Lucilia and Doryan Costa stopped into Woof Woof in Bristol recently. Their pup, Livie, enjoyed testing out some of the available chew toys available for sale. 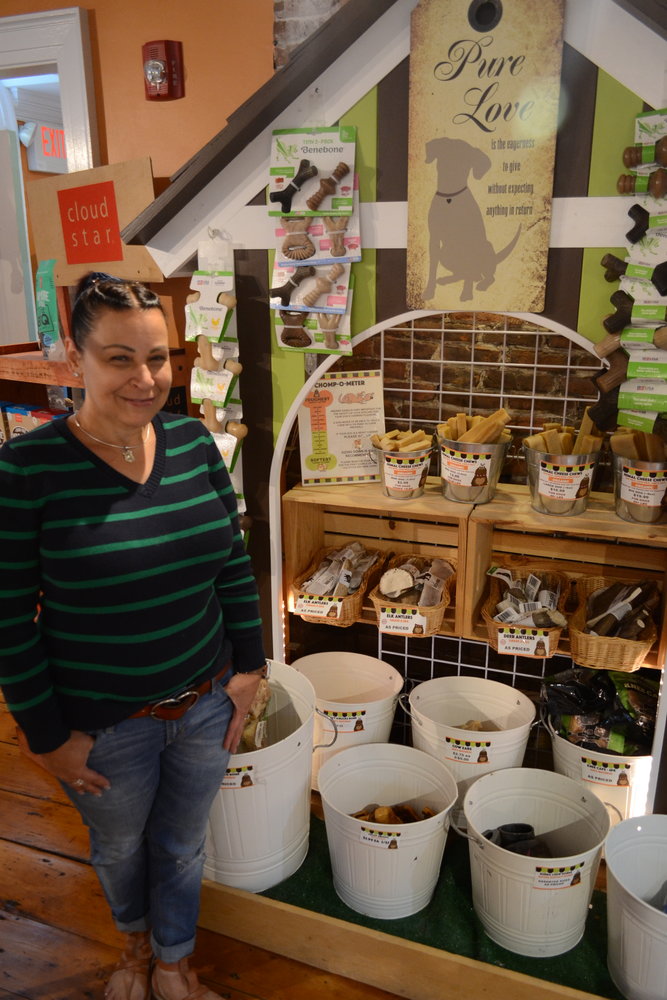 Woof Woof owner Sherri DeChaine took her accrued knowledge from her time as a veterinary technician and an accomplished past in the retail industry and opened Woof Woof in 2011. Ten years later, the business is still thriving.
Previous Next
Posted Thursday, October 7, 2021 12:00 pm
By Ethan Hartley

Americans really, really love their four-legged friends. It’s a fact that Sherri DeChaine, owner of Woof Woof Pet Boutique and Biscuit Bar (located at 31 Bradford St. in Bristol), has based the entire premise of her small business on.

With a background in retail — she became a manager at Jamiel’s Shoe World in Warren by 18, and later did visual merchandising for Cherry & Webb — as well as running a former dog-sitting business and through her training as a veterinary technician, DeChaine knew she had the skills to create a shop that would reflect her values and her love for dogs.

“I’ve always wanted to have a pet boutique. I remember when I would go on vacations I would see pet boutiques starting to open up in the early to mid-’90s,” she said. “Me being an animal lover, and still appreciating retail, I thought this was perfect.”

The boutique will celebrate its 10-year anniversary in November. The business has also expanded, with a second Woof Woof location opening at 255 Union St. in New Bedford, Mass., in 2019, right before COVID hit.

Handpicked for your hound

Part of the secret to her success is the selective process through which DeChaine and her Bristol store manager, Jocelyn Turner (also a vet tech), choose all of the merchandise.

“We’re really picky about what we carry,” DeChaine — a former competitive bodybuilder — said as she showed off a display of Himalayan cheese chews, organized by size that correlates to how much a dog weighs.

“I wanted to have unique products, and we wanted to have knowledge to go along with those products. What makes this unique? What’s the ingredients in it? What’s the history of the company?” she said, rattling off details about a Connecticut company that makes one of their bully stick offerings. “You need to be able to explain the products to a customer.”

As important as knowing the actual products, she said, is being able to assess what product is right for any individual dog that may scamper into the shop.

“We’re careful about what we recommend to each dog,” she said. “When a customer comes in asking for advice, we’re going to give the proper advice for that dog. We’re not going to give a one-size-fits-all kind of advice. We’re here. You don’t have to go screaming down an aisle like at a big box store for help.”

DeChaine is also passionate about what products Woof Woof specifically won’t sell — such as anything with rawhide in it, and retractible leashes, the former of which been shown to be harmful to dogs, and the latter to dog owners. She said one of the biggest mistakes people make when shopping for their dog is buying chews that are too small for larger dogs, thinking that they’re going to save money.

“I cannot tell you what we’ve pulled out of the guts of dogs at the veterinary hospital because people want to be cheap and buy smaller products,” she said. “I’ve refused sometimes to sell them to people. And I would just rather not sell it to you and have you not be my customer than have you give something that could hurt your dog.”

DeChaine said part of what makes her work so special is being able to help people who love dogs as much as she does. An avid bulldog fanatic, she has been rescuing dogs for more than 20 years, and two of her rescues that have since passed away (Bronx and Cooper) lived their lives at the shop, becoming customer-favorite store mascots. She recently adopted another bulldog, Frannie-Joy.

She also works to benefit the Bristol Animal Shelter. Their annual Halloween fundraiser, Hallowoof, is coming up on Friday, Oct. 29, from 6 to 8 p.m. at the Bristol location. A $10 donation will grant access to games for each pet, a costumed selfie station and a chance to win some giveaways. Her in-house cat expert, Lori Sendroff (who works with the shelter), donates proceeds from her homemade products, which utilize locally-sourced materials.

The personal touch, combined with their technical experience and passion for their carnivorous customers, has kept Woof Woof competitive, despite the presence of big box stores and their attempts to capture the same kind of feel.