Starting from his days at the Bristol and Barrington YMCA, Jeff Allen’s rise to prominence was pretty much set in stone. 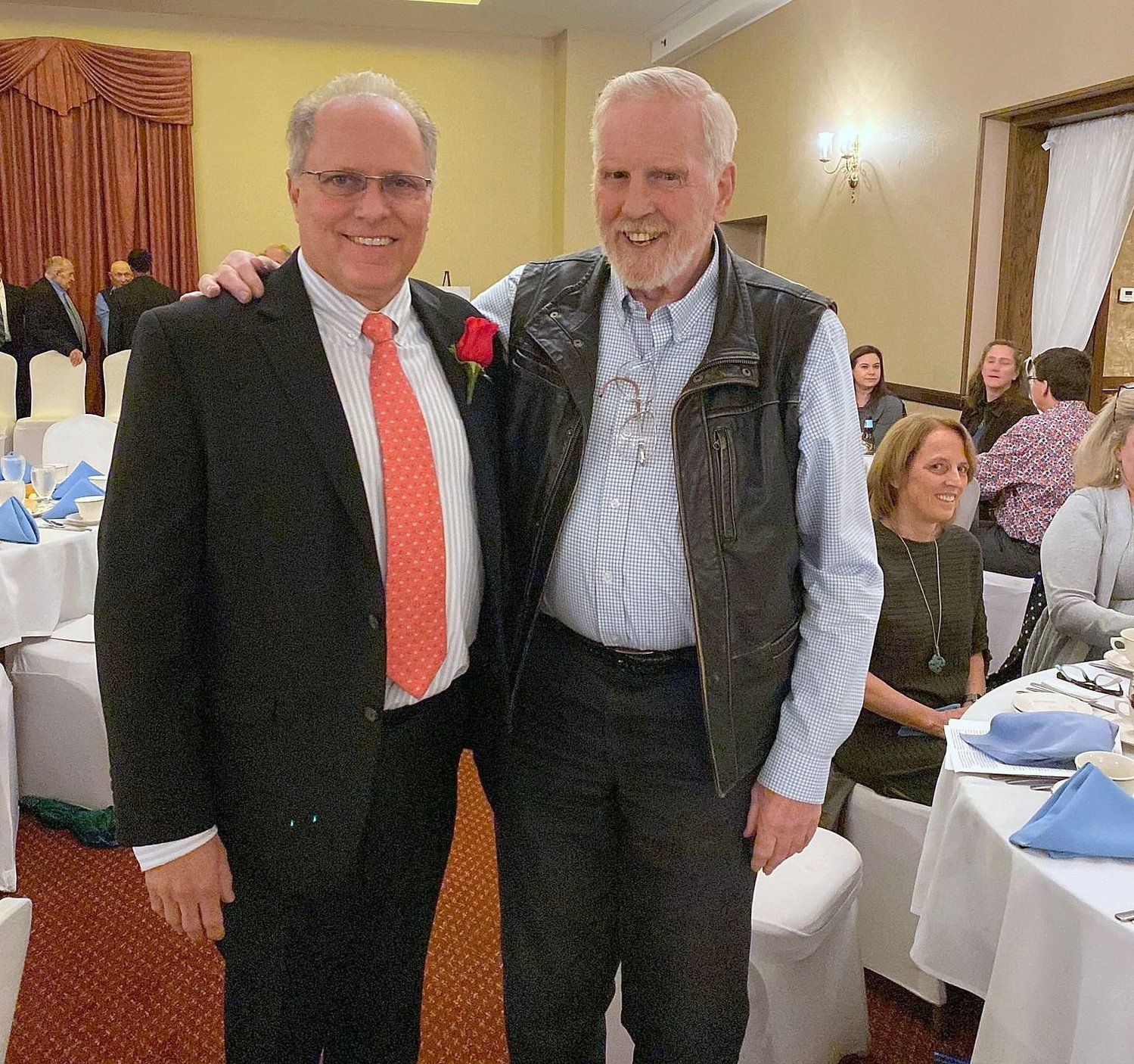 Jeff Allen, one of the greatest swimmers to ever come out of the state of Rhode Island, was recently inducted into the Rhode Island Aquatic Hall of Fame, an honor he’s certainly worthy of considering his many accomplishments in the sport over the years. His induction took place recently at the Quonset “O” Club in North Kingstown.

Starting from his days at the Bristol and Barrington YMCA, Jeff’s rise to prominence was pretty much set in stone.

Former coach Jim Dollins of Bristol, called him one of the town’s two best swimmers of all-time (Joe Securo being the other). And, it came as no surprise to him that Jeff achieved Hall of Fame status.

“Jeff Allen began competitive swimming competitively at the Bristol Y and I was his first coach,” said Dollins. “He was a hard working swimmer and always competitive.”

Dollins knew right from the start he had a special swimmer in his midst, watching his every move in practice and the way he handled himself in the pool.

“Jeff never skipped practices and loved the training for endurance and speed,” he continued.  “Leadership was a strong characteristic of Jeff and especially for younger swimmers. Additionally, Jeff was willing to swim any event that would help the team’s performance. It comes as no surprise to me that he’s now an inductee in the RI Aquatic Hall of Fame.”

Jeff reciprocated in his feelings toward Jim Dollins.

“I am honored to have joined such a distinguished group of individuals who have shaped the success and history of aquatics in Rhode Island,” he said. “I am also quite humbled when I look at the list of coaches and athletes I have had the pleasure of working with, coached, and can call friends, and that includes Sandy Gorham. He’s been a great friend. And, thank you to the Rhode Island Aquatic Hall of Fame. I would also like to thank my first coach, Jim Dollins, and his daughter for attending the dinner. I was truly touched as I have always considered Jim my role model as a coach.”

For the record, Jeff Allen taught swimming, coached and directed many aquatic programs here in Rhode Island, Connecticut, and elsewhere, and has demonstrated extraordinary talent as a teacher, coach, and administrator of competitive swimming and aquatic programs for over 35 years.

While in Rhode Island, Jeff coached and taught swimming at the Barrington and Bristol YMCAs and at Mount Hope High School. He has coached athletes who competed in the Pan American Games, United States Olympic Trials and YMCA Nationals. He has been named the Connecticut Boys Swimming Coach of the Year and the Connecticut Girls Swimming Coach of the Year. Jeff presently is a professional with United States Swimming serving as the Eastern Sports Development Consultant. Recently, Swimming World Magazine recognized Jeff as one of the 10 most impactful people of 2019.

Incorporated in 1981, the Rhode Island Aquatic Hall of Fame recognizes those Rhode Islanders who have exhibited extraordinary service and achievement through aquatics. The Hall of Fame is in the lobby of the Tootell Swimming Center at the University of Rhode Island. It includes a large plaque with the appropriate inscription, name plates, pictures of inducted members, and a brief summary of their accomplishments. Since 1981, 233 individuals have been inducted.