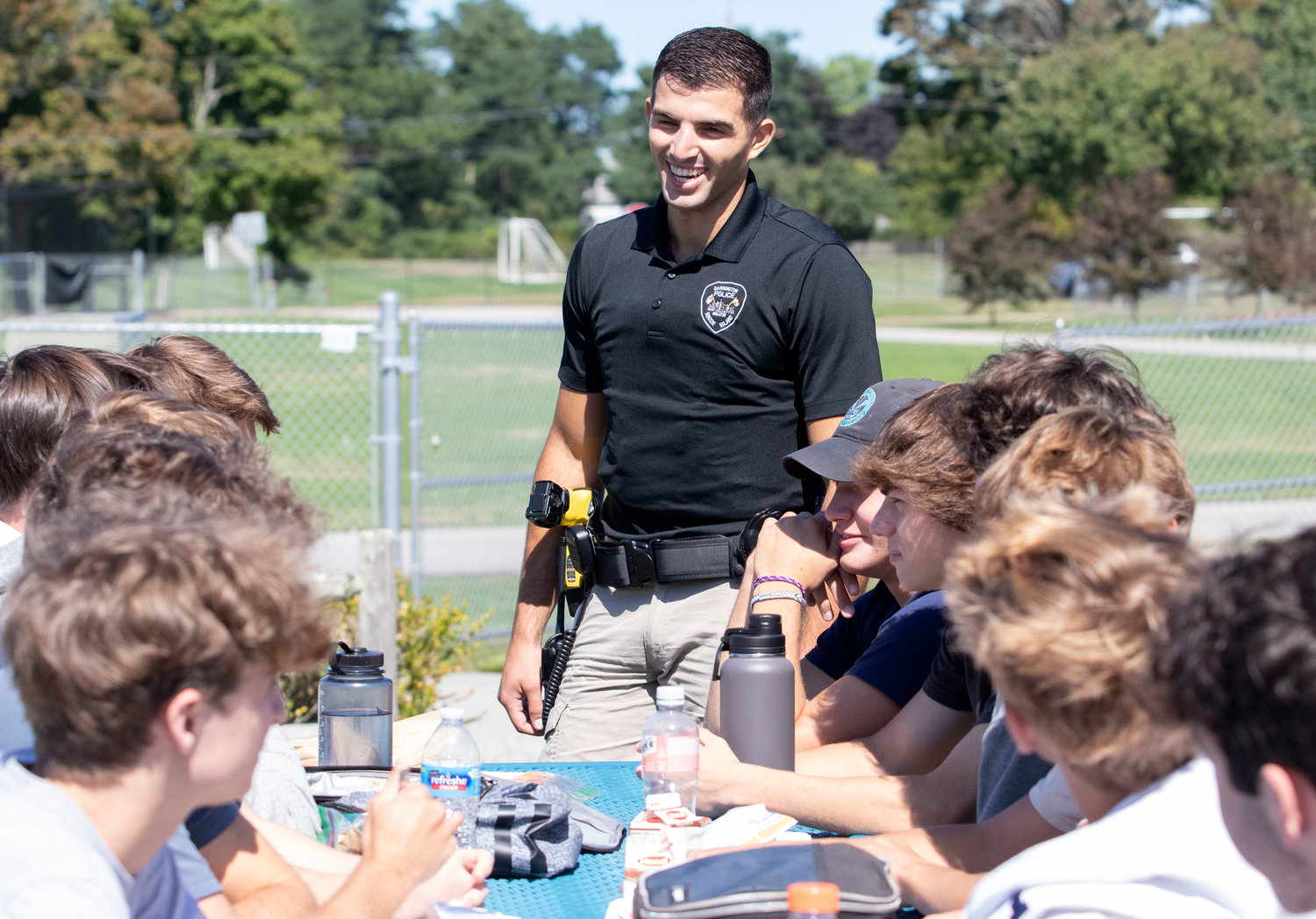 Barrington Police Officer Corey Resendes began his work as the new “SRO” for Barrington Public Schools at the start of the school year.

Barrington Police Chief Michael Correia said he believes Officer Resendes will be a good fit for the position of SRO — he said he shined during the application process, including the interview with the district’s top school officials.

“We think he’s a really good fit,” Chief Correia said. “He’s smart, enthusiastic. I think he really gets it.

“The Barrington school system is the crown jewel of the community, and you’re there to build relationships … to be a good role model.”

Chief Correia said Officer Resendes should be able to relate well with the student body.

“He’s an East Providence guy. He played football there. He went to kick at Merrimack (College),” Chief Correia said. “He runs a kicking camp. He already has that coaching, mentoring mentality.”

Barrington Superintendent of Schools Michael Messore is also expecting Officer Resendes to fit in well with the school community.

“We’re looking forward to having Corey join us,” Messore said. “A young officer is good, makes a good connection with students. That’s the reason we did this years ago, to build that connection between law enforcement and the school community.”

During the Sept. 8 Barrington School Committee meeting, Messore introduced Officer Resendes to members of the committee and everyone else in attendance.

In a followup interview, Messore said Officer Resendes will have an office at Barrington High School, and will visit all six of the district’s public schools.

Officer Resendes is the third SRO for Barrington Public Schools. Officer Josh Melo was the first to fill the post.

“Josh Melo made a big and long-lasting connection with the community,” Chief Correia said.

Officers Melo and Wyrostek are currently working in the detective division for the Barrington Police Department.

Ask the candidates: How will you vote on the marijuana question?