The Barrington High School wrestling team won nearly every division where it entered a wrestler, but gave up 36 pounds in forfeited weight divisions and lost to Cumberland, 39-26. 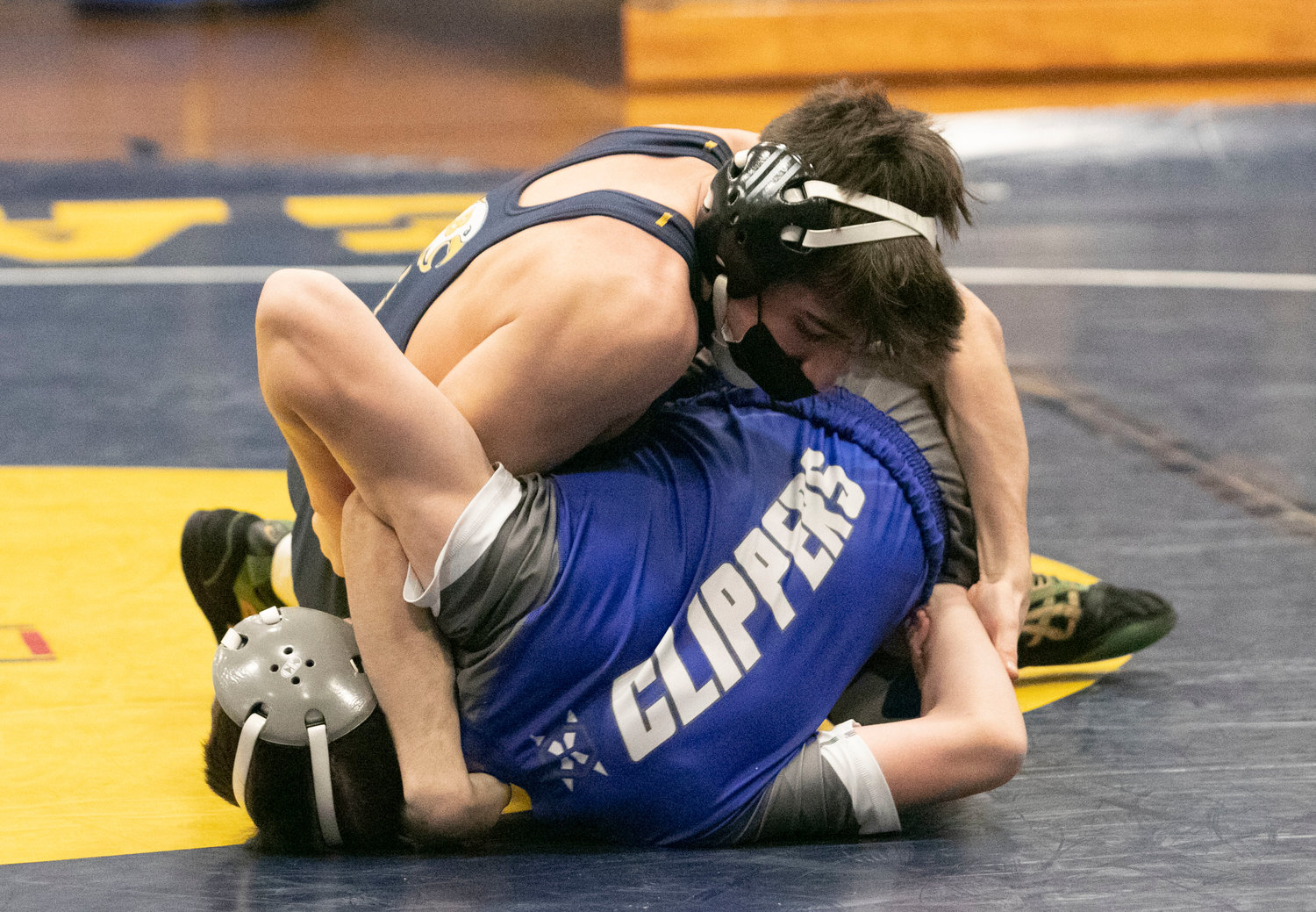 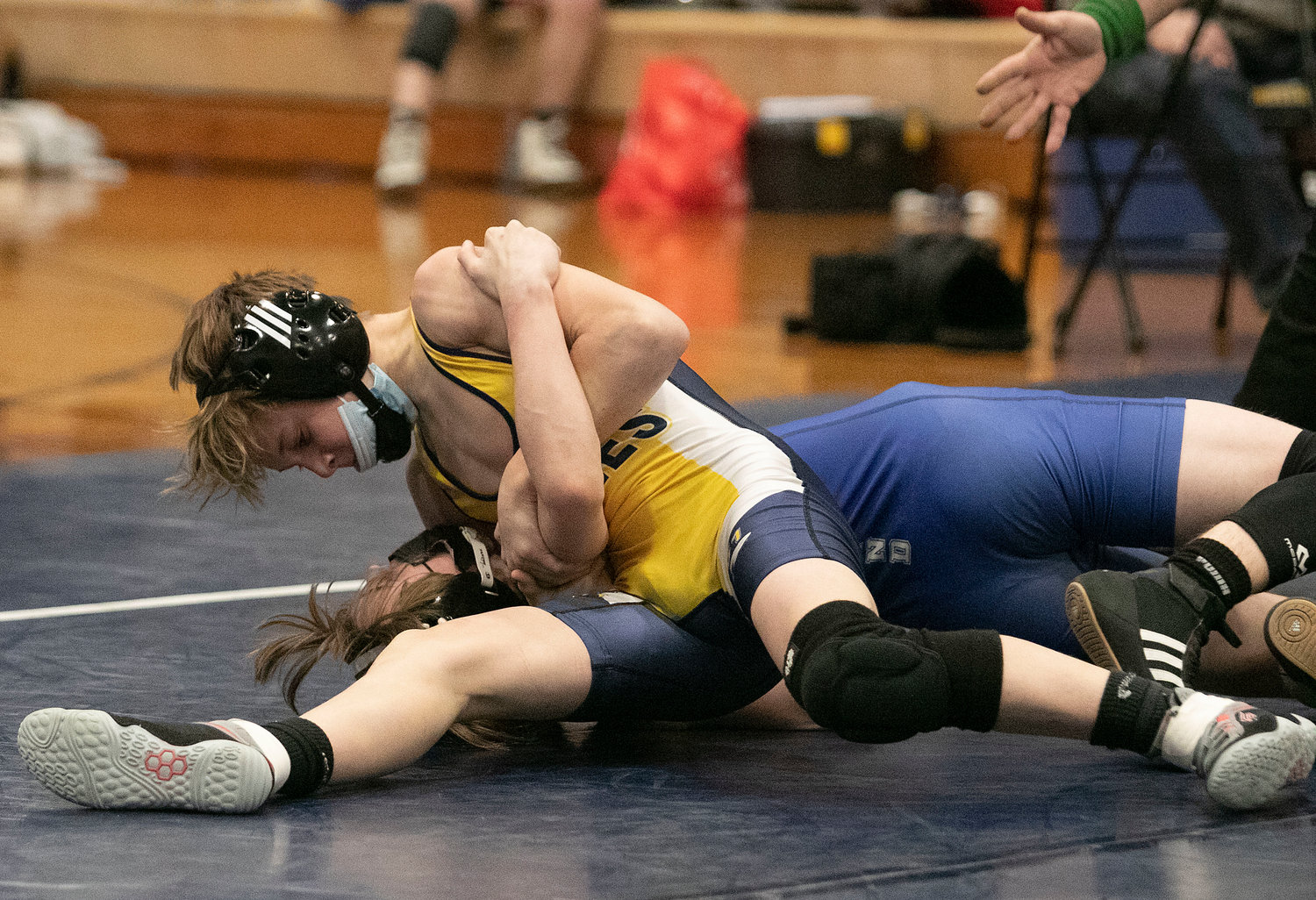 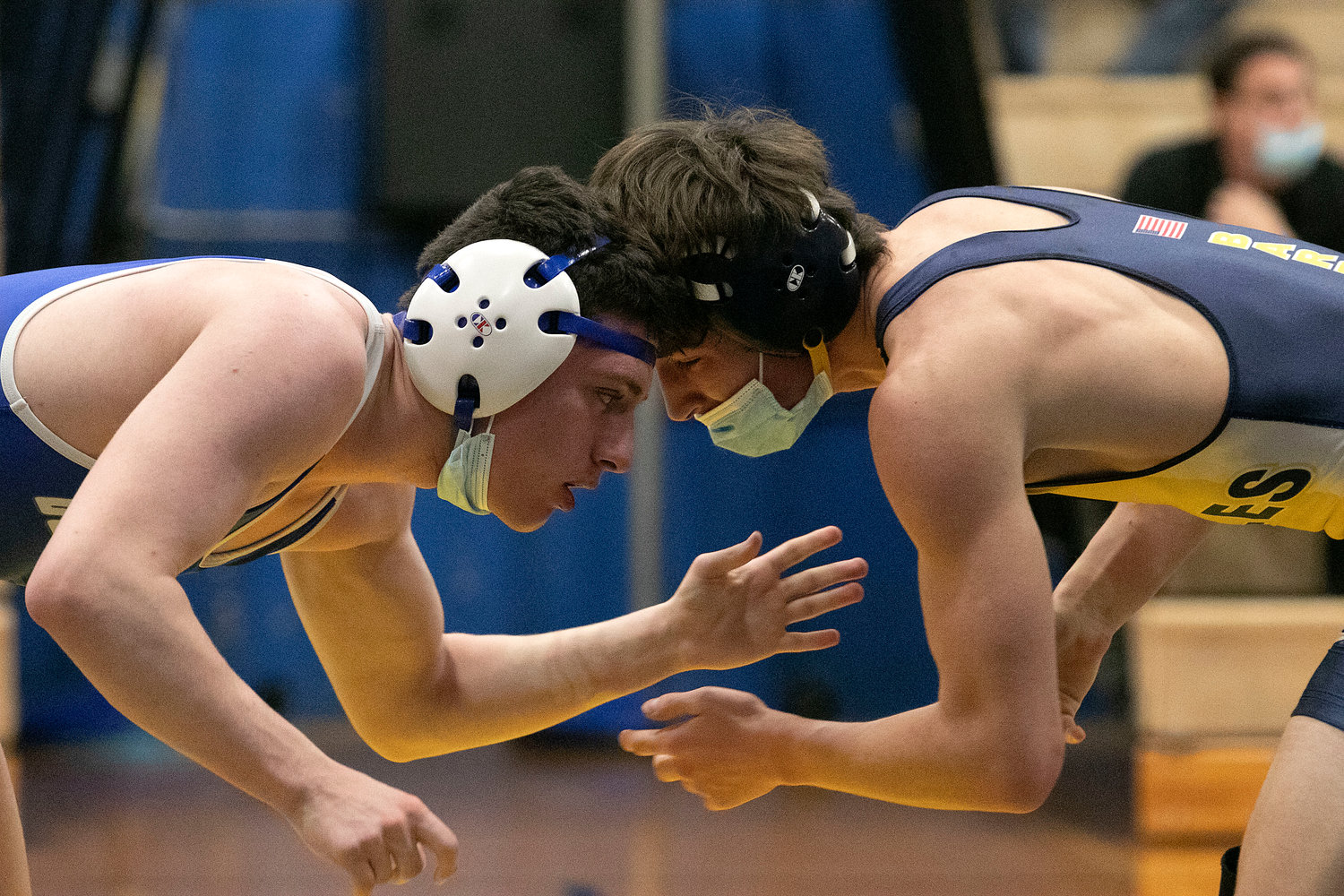 The Barrington High School wrestling team won nearly every division where it entered a wrestler, but gave up 36 pounds in forfeited weight divisions and lost to Cumberland, 39-26.

Tom Marvelli competed in the heavyweight division, dropping a 5-0 decision.

Barrington traveled to East Greenwich on Tuesday, Jan. 18, and returned home with a 78-58 victory.

Against Smithfield, Raffa scored 14 points and Coutu dropped in 13, while Scandura and Quinn Murphy each finished with six.

Against Mt. Pleasant, Sean Bonneau and Jack Abadi each scored 16 points. Scandura had six, while Tanous and Murphy each knocked down three-pointers.

Barrington battled to a 43-37 victory against St. Raphael’s Academy on Thursday, Jan. 13. Maddie Gill and Isys Dunphy were back in the Eagles lineup and both finished in double-digit. Gill had 15 and Dunphy scored nine. Mady Calhoun scored 11, and Chloe Rouleau dropped in six.

The win over the Saints followed a tough loss against North Kingstown, 63-31 on Tuesday, Jan. 11. Rouleau led Barrington with 10 points, while Calhoun finished with nine. Riley Graveline had eight.

Barrington High School’s 4x800-meter relay team of Andrew Rego, Charlie Stockwell, Brandon Piedade and Holden Vaughan, ran to victory at the East Coast Invitational at the PCTA on Jan. 15. The Barrington quartet finished with a time of 8:38.46. Asher Robbins captured second plan in the championship weight division, recording a distance of 72 feet, 5.75 inches. Ethan Knight ran to a fifth place finish in the 55-meter hurdles.

Barrington also split in its final dual meet of the regular season, defeating Classical 55-54, and losing to LaSalle 58-51.

“Great to beat our perennial rivals from Classical by one point, and I have to say it is pretty impressive to be this close to LaSalle Academy in the scoring, despite that loss,” said Coach Bill Barrass.

Nate Greenberg clocked the fastest time in the 55-meter dash with a personal best 6.82 seconds. Robbins was tops in the weight throw, and Andrew Blazewicz won the high jump.

BHS students walk out of class, call for action against gun violence