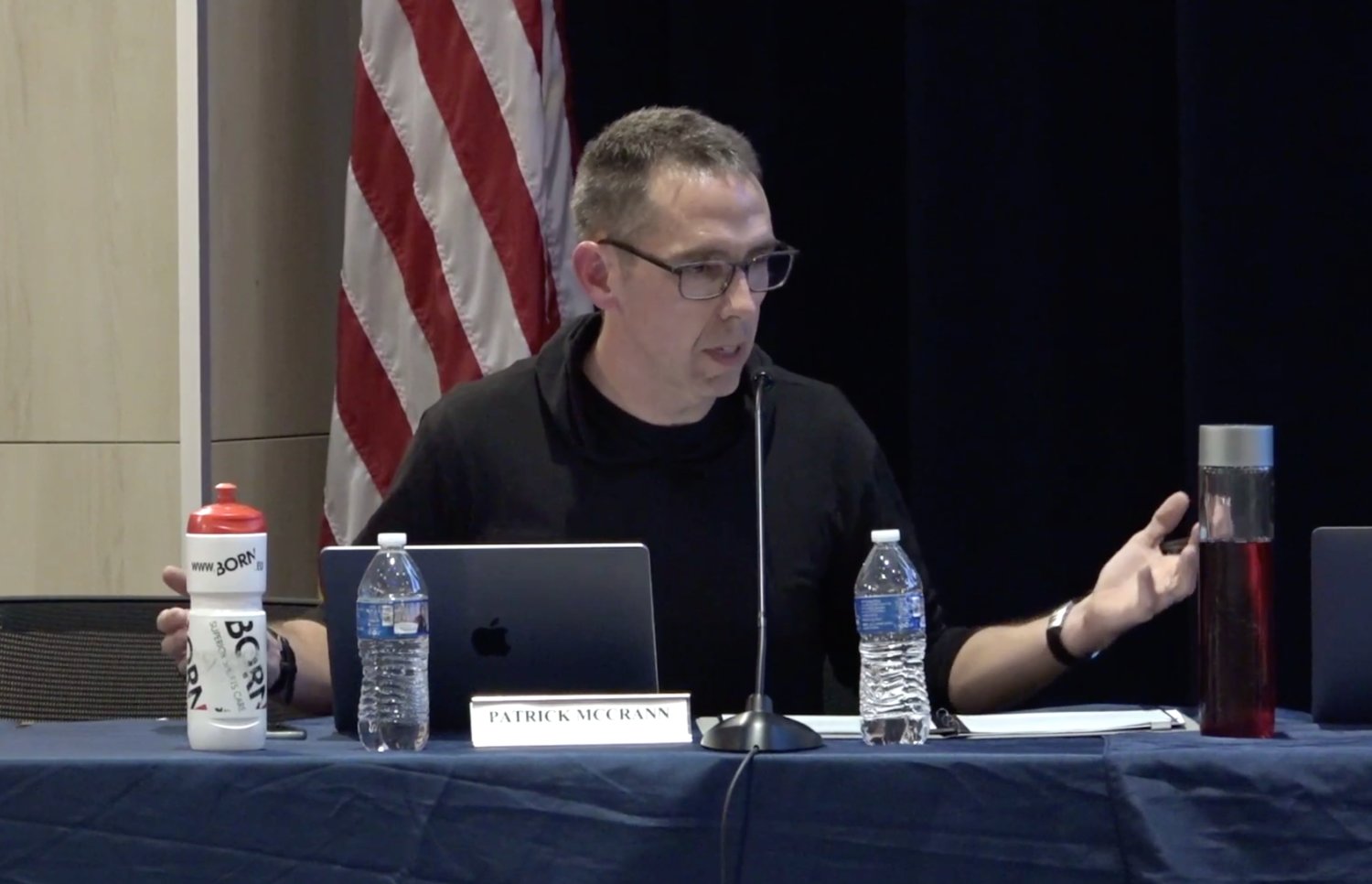 Parents shared their thanks with school officials during a meeting Thursday night after learning that Barrington High School is bringing back dedicated honors courses next year and an improved honors distinction option.

Kara Kelley said she was pleasantly surprised by the changes presented during the Barrington School Committee meeting. Kelley, who had spoken in opposition to the removal of honors courses at a prior meeting, said Thursday night’s presentation of the new honors program “felt like progress.” She also offered a few suggestions to school officials as they continue fine-tuning the new honors program.

Other parents said school leaders needed to reflect on the moves that led the district to first call for the replacement of honors classes with an honors distinction option, and then eliminate that option altogether.

Smith said the year-long issue was not Hurley’s fault, but had been thrust upon him by others. He said a paid consultant had led the district to make the changes to the curriculum, likely referring to Katie Novak. He said Barrington Public Schools had paid her $50,000 a year. He also blamed the decision on Paula Dillon, Barrington’s assistant superintendent of curriculum.

Smith said school officials needed to reflect on what happened. He said there needs to be consequences for those who were responsible. Smith also said it is time for the community to heal.

Details about the new BHS honors program will be shared by district officials soon. In fact, officials said they had hoped to share a communication with families on Friday.

Thursday’s presentation shared the changes planned for English language arts and social studies courses, where the honors program had previously been altered.

In social studies, where there had never been a dedicated honors course offered, the school is continuing with an honors distinction option for freshmen and sophomores.

District officials are still fine-tuning the new honors distinction option, but said there would not be a cut-off grade.

Shelli Edgar, a local parent, said she was happy to see the cut-off grade requirement eliminated. She said that feature was archaic and not reflective of best practices.

Edgar said it was important to remember that more than 100 students did not get honors this year who would have had it in prior years. She said those students will be negatively impacted when they apply for colleges and for merit scholarships.

Patrick McCrann said that while he liked the changes planned for the honors program, he was still unsure why school officials had first decided to alter the program. He asked for the data that supported the initial, failed change. He asked school administrators what problem they were trying to solve when they first decided to eliminate honors courses.

Paula Dillon did not attend the meeting, and Barrington School Committee member Megan Douglas was also not at the meeting.